Scoparone, a new miticidal substance was discovered by Chinese scientists, with a miticidal efficacy as high as 90% 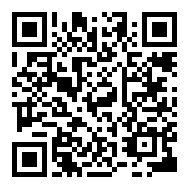 Recently, a research team of the College of Plant Protection of Southwest University, China, discovered a new miticidal substance with a very high miticidal activity – scoparone, which exists in the traditional Chinese medicine Artemisia capillaris Thunb. The ingredient has the features of high efficiency, low toxicity and environmental friendliness. It is of high value of development and utilization, with a promising future, attributable to its miticidal efficacy which reaches as high as 90%. This has laid a solid foundation for development of novel green pesticides which can be industrialized.

Mites mostly parasitize on cotton and citrus, causing great harm to crop. In the past, control of mites used to depend on chemical substances. However, when more ingredients were used, more residues and side effects were created. The other way is to treat mites via the tactics of “mites eating mites”, using mite-eating insects or microorganisms to control mites. Predatory mite is so far an environment-friendly biological pesticide to control mites, where mite that eats harmful mites is deployed to eat harmful mites. However, predatory mite is vulnerable to raining. Hence, its duration and effect of control are quite limited.

According to the research team, scoparone is a natural substance extracted from traditional Chinese medicine Artemisia capillaris Thunb. Compared with conventional pesticides, this ingredient is unilateral, which causes less side effect, but is of high pertinence and fast acting while being less affected by environment conditions.

The field experiment for agricultural production carried out by the research team shows that scoparone is not only highly active against agricultural mites but is also obviously effective on control of cotton aphids, thus reducing the amount of use of chemicals and mitigating environmental stress. In the meantime, harmful mites do not easily become resistant to scoparone. Scoparone is safe for crops and can be used for years continuously or used mixing with conventional miticides. Scoparone is a good choice for improving the effect of control of harmful agricultural mites and putting off mite’s resistance to conventional miticides.