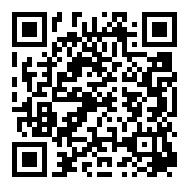 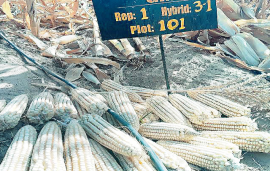 “The Armyworm is inside the maize when it starts producing, and if the maize is supposed to give you a very big yield, it will not come out. It has caused a lot of damage in my farm; sometimes, you look at maize, it will be big, but when you open it, you will discover that there is nothing inside it because of what the worm has done to it”, Chief Ebere Orji, Nigerian maize farmer laments.

“Any new maize variety that can resist Armyworm, we are ready to accept it”, Dr Bello Anoor, Vice Chairman, Maize Association of Nigeria (MAAN), Katsina State.

The above quotes represent the state of mind of Nigerian maize farmers who have had terrible experiences on their farms with the ravaging Fall Armyworm (FAW).

Nigeria has the potential to grow maize for local consumption and exportation, with its 84 million hectares of arable land, but maize production in the country is being threatened by Armyworm infestation which is capable of destroying over 80 per cent of maize cultivated in the field.

According to syngentaseedcare.com, “the Fall Armyworm (Spodoptera frugiperda) mainly feeds on maize/corn but isn’t very picky, it can attack and survive on more than 100 crops in at least 27 plant families.

“The Fall Armyworm is a pest native to the tropical regions of South America and the Caribbean region, it is also present in some southern states of the USA. How it reached Africa is not entirely clear, but it likely travelled on board of freight ships or planes.

“The Fall Armyworm was first reported in South-West Nigeria in late January 2016 but quickly spread to almost all maize growing countries in Africa and reached South Africa in 2017”.

In 2017 when the pest had spread to other parts of the country and caused huge damage on maize farms, the then Nigerian Minister for Agriculture and Rural Development, Chief Audu Ogbeh convened an emergency stakeholders meeting.

At the meeting, the Deputy Director of Horticulture at the Nigerian Federal Ministry of Agriculture and Rural Development Mike Kanu, said N2.98 billion would be needed to contain the pest across the country.

“Implementation of the proposed intervention across the 36 states and FCT on 700,000 hectares for over 700,000 maize farmers is projected at N2.98 billion,” Kanu said.

Similarly, Chief Ogbeh said “if we don’t deal with it (Armyworm), maize production may become almost impossible here. The impact of shortage of maize has become severe in poultry, and for a country facing food shortage, especially in the North-East, we will not allow it continue”.

Meanwhile, scientists in Africa have been working round the clock to find a permanent solution to this pest which has held farmers to ransom, and contributed to the high cost of poultry products.

Though using chemicals could control these pests, but excessive use of chemical on the farm poses greater danger to both the environment and humans who consume the maize.

As Nigerian maize farmers continue to wait for a permanent solution to this pest, they have waged a chemical battle against it (Armyworm), as the pest continues devastating farms across the country.

He said Nigerian maize has suffered rejection in some countries in Europe due to excessive use of chemicals on the farm.

“Some countries in Europe rejected the Nigerian maize due to insecticide or chemical related problem”, Dr Anoor said.

He lamented that in the past, their members suffered heavy losses as a result of damages from Armyworm.

“Any new maize variety that can resist armyworm, we are ready to accept, we are working hand-in-hand agricultural extension workers on issue of maize production and how to boost it across the nation.

Chief Ebere Orji a maize farmer in Ogwu Uburu, Ohaozara local government in Ebonyi State, while lamenting on the cost of controlling Armyworm said they (maize farmers) have been using herbicide to fight the Armyworm, but they need a more effective herbicide to eradicate the pest.

On getting a seed that would resist the pest, he said “that is what farmers want, because agriculture is a business, and farmers need what they will do that will save them money, and they get their targeted harvest”.

“In my farm today, over 5 people are working there, when you cannot pay them because of the damage in the farm, it is not good business.

Chief Orji who sounded optimistic, said “we really need to change agriculture, we are supposed to go to farm and come out smiling”.

He said “if you are going to war as a soldier and you have enough bullets and guns, you will not be afraid of anything, that is how it is for we the farmers having what we need to fight anything that will come against our farm so that we can have a bumper harvest, so we will be happy to embrace the new maize variety.

In Benue State, Tarnongo Viralis cultivated about 150 hectares of maize farms, he spends an average of N12,000 to purchase bio pesticide to fight armyworm for just one hectare.

Before harvest, Viralis would have spent an average of N1.8 million controlling armyworm on his 150 hectares of maize farm.

He said for now, he uses the pesticide to control armyworm right from the germination stage of the crop, but he is anxiously waiting for the maize variety that would resist the pest so that he could save the money he spends on purchasing bio pesticides.

“Introduction of this new maize variety will be very wise because up till now, many farmers don’t have the knowledge of controlling armyworm in their maize farm”, he said.

Worried about this threat to food security, scientists at the African Agriculture Technology Foundation (AATF), developed TELA maize variety which after 3rd confined field trial, showed resilience in the field and also resisted the dreaded Armyworm.

TELA maize project is a continuation of Water Efficient Maize for Africa (WEMA) project which made a significant progress in the breeding work.

The TELA maize project expanded into Nigeria in 2019, which presented an opportunity for Nigeria’s scientists, researchers, and farmers to benefit from transgenic drought-tolerant and insect-protected maize varieties.