Price increase of diquat in Chinese market has surpassed glyphosate; Is diquat a new blockbuster product or short-term phenomenon? 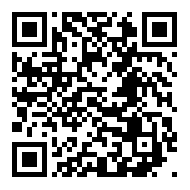 Glyphosate, paraquat, glufosinate and diquat are the four major non-selective herbicides, with the first three being more popular than diquat for many years, having squeezed its market share at various periods and in different ways. However, it was recently noted that the price of diquat technical concentrate 40% in the Chinese market rose from RMB35,000 per ton last month to RMB40,000 per ton, exceeding the price increase of glyphosate achieved over the same period. The product, which has been dominated by glyphosate for many years, is today fighting back. What are the reasons behind this phenomenon? Is this growth trend sustainable? Our analysis of this issue is below:

Why is the price of diquat rising?

Currently, the price of diquat is moving on an upward trend. In the last week of August, there was even an offer at RMB45,000 per ton in the Chinese market. What are the underlying reasons for the rapid price increase of diquat? To answer this question, we must first highlight the capacity and supply status of diquat technical concentrate and its intermediates. It is known that Syngenta, Yonon, Red Sun and Shandong Luba are the prime suppliers of diquat technical concentrate 40%. The annual capacity of Red Sun is 20,000 tons, followed by Yonon with 18,000 tons, Shandong Luba with 12,000 tons and Syngenta with 10,000 tons.

2,2-dipyridine, which was previously known as 2-chloropyridine and causes serious contamination so is being phased out, is a key intermediate of diquat. Red Sun has an annual 2,2-dipyridine production capacity of 5,000 tons, while Shandong Hongda bipyridine has a capacity of 3,000 tons and Henan Saike, Lier Chemical’s subsidiary, has 3,000 tons.

To understand the current short supply of diquat, AgroPages interviewed professionals from the China Jiangsu International Economic and Technical Cooperation Group, Ltd. According to the company’s supply chain and marketing experts, the production of Chinese 2,2-dipyridine manufacturers has been unstable this year, with Red Sun cutting down its production by half, and Shandong Hongda just resuming its production. It is also worth mentioning that following the banning of paraquat in Brazil, the country purchased an additional 6,000 tons of diquat in 2021, of which 4,000 tons were sold by Syngenta, which purchased large volume of intermediates from China, Therefore, there is a shortage of 2,2-dipyridine, which resulted in the unstable production of diquat by manufacturers.

In addition, bromine, the raw material of dibromoethane, the key intermediate of diquat, is primarily produced in Weifang, Shandong Province. This year, the supply of the material has become short, with the price rising but remaining relatively stable at RMB43,000 to RMB45,000. Experts believe that with the gradual temperature drop in the second half of the year, bromine extraction will become more difficult. On the other hand, material stocks are being exhausted, so there may be a further prize increase. Overall, pesticide manufacturers with demand for bromine need to monitor its price trend.

Awkward relationships between diquat and paraquat, glyphosate and glufosinate

Diquat is also known as the “brother” of paraquat, as both are pyridine derivatives. Paraquat is the most popular pyridine pesticide, while diquat is the earliest pyridine herbicide released in the market. Diquat was launched in 1958, while paraquat was launched in 1962. As diquat uses bromine as a raw material, its cost is relatively higher than paraquat, but its herbicidal spectrum is limited. There, the market for paraquat is far larger than diquat, even though it was launched four years later.

Since the ban in the sale and use of paraquat AS in China in 2016, diquat, which is less toxic, prevailed in the market and obtained many long-term registrations. However, after the top level burndown herbicide, glyphosate, and the newcomer, glufosinate, entered the market, diquat could not break through to achieve its own glory.

The weeding speed of glufosinate is between glyphosate and diquat, but it has the “fast acting” function of diquat and the “long lasting” effect of glyphosate, which can control the roots of weeds without harming the roots of crops. Moreover, compared to diquat, glufosinate has a broader herbicidal spectrum that can prevent and kill a large variety of resistant grassy weeds and horseweed herbs. These advantages enabled the newcomer, glufosinate, to quickly surpass paraquat, while becoming an ideal substitute for paraquat AS.

At present, paraquat is banned while the price of glyphosate is soaring, due to it being in short supply. Accordingly, the price of glufosinate is rising. Is this a good time for the rapid growth of diquat?

Based on the above analysis, the reasons for the sharp price rise of diquat can be summarized as follows:

1.The price of 2,2-dipyridine in the Chinese market rose to RMB62,000 to RMB63,000 per ton while short supply has led to abnormal production in factories, driving up the price of paraquat.

2.The price of bromine has also risen and short supply has been maintained for some time. Currently, it is relatively stable, but the price may rise again in the second half of the year.

3.The prices of glyphosate and glufosinate have skyrocketed, and paraquat was banned in some countries, most notably in Brazil, resulting in increased demand for diquat.

Serval major diquat manufacturers expressed their view that the price of diquat will not drop for at least five to six months. The normal peak season for the procurement of pesticides is in the second half of the year. Is the price of the pesticide expected to rise?

Will the banning of paraquat affect you?

Have you encountered any problems in terms of procuring diquat?

If you want to communicate with AgroPages about the price of Diquat, or other product price, please contact AgroPages@vip.163.com