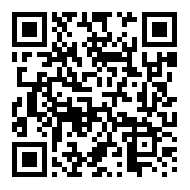 Inbioar is a Rosario (Argentina) based biotechnology company that, ten years ago, began exploring the properties of a series of special living organisms, which are the plants that grow along the edges roads and streets. Through various investigations and tests, they confirmed extracts from these plants could be used as bioherbicides to protect crops, as well as in supporting resistance and reducing the environmental effects generated by agrochemicals.

"We said there is a type of weed,  Ammi Visnaga, that produces two compounds called visnagina and kelina, which work as herbicides but with a difference, as they are biological. They are known as “allelochemicals” and can inhibit the growth of other plants," forestry engineer Gustavo Sosa (CEO of Inbioar) told Ecos365.

With the idea of creating a series of products based on these principles and innovating within the agricultural industry, five years ago, the firm went to the United States Department of Agriculture (USDA) in Oxford, where they met with Stephen Duke, a renowned scientist that invited them to work in his laboratory, with the goal of scaling the scientific process.

This cooperation gave rise to a paper that was published, enabling Inbioar to begin the joint patenting process with the American organization. Finally, on Tuesday, August 10, they received a call confirming the process that was initiated years ago had been approved and the patent was granted.

Today, the company is part of the Rosental Group, which joined forces to invest in and develop the project when it was just a fledgling idea. In addition to Sosa, the rest of the team is made up of biotechnologist Lucía Travaini, agricultural engineer Lara Svendsen, and agricultural technician Imanol Milano.

According to Travaini, the innovation that developed and made them worthy of shared authorship with the USDA is based on the fact that the family of plants they work on was already known for other uses in the pharmaceutical industry, but "no one had ever used them as bioherbicides."

Among the advantages of natural herbicides is the fact they reduce the levels of pollution generated by agrochemicals, since if a synthetic product is applied then weeds die eventually but the liquid remains in the soil for months because it takes a long time to degrade, Sosa explained.

"During that period, it can rain and water will transport it to different places, such as a river, when the water is later used by people. In turn, weeds become familiar to these types of chemicals, so they generate resistance and are no longer as effective. What we are proposing preserves biodiversity and saves costs," he added.

Inbioar said a few days after the achievement, a company from Germany contacted them, expressing an interest in co-developing a biological herbicide, as well as in taking advantage of all the knowledge of rosarina, and making the technology available to specific production and commercial process.

"This new partner will enable us to generate stability and move towards the product formulation process, as well as conduct environmental toxicity studies, commercial registration and all other steps prior to going to market," Travaini said.
In the future, the team could start living off the royalties granted by this company for the commercialization of the product.

Outside the project, the firm established an agreement with the Gowan Company, with whom they work in the southwestern United States, to replicate the collection and extraction of the plants. According to Sosa, the company is committed to commercializing agrochemicals globally, but it does not have biological herbicides, so it asked them to be part of its R&D group, while financing the trip and two years of work.

"From a warehouse located in Bv Seguí and Pueyrredón, a group of four people, as we are the ones who make up the company, managed to go very far and achieve a global presence. This is also due to our investor, Rosental, who always believed in us, as well as the Litoral Accelerator that allowed us to expand to the rest of the world," Sosa said in conclusion.