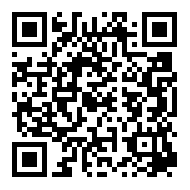 The British Society of Plant Breeders (BSPB) has welcomed the publication of a new report by the independent Regulatory Horizons Council (RHC) providing recommendations to Government on how the UK can take a leading role in shaping future regulation of genetic technologies to support the rapid and safe introduction of beneficial new crop varieties.

The report also supports the proposals set out in the recent Defra consultation to take simple gene edited crop varieties – which could have occurred in nature or through conventional plant breeding – out of the scope of existing GMO regulation. The RHC also sets out its longer-term recommendations for what a more streamlined and risk-based approach to regulation might look like for all genetic technologies, including transgenics.

But the Society issued a stark warning to Government that decisions affecting future investment in the UK plant breeding sector will not only depend on the promise of a more proportionate and enabling regulatory framework, but also on a more joined up approach to R&D investment, and a resolution to the current operational challenges facing the plant breeding and seeds sector post- Brexit.

“BSPB welcomes the RHC report’s ambition for the UK to be a world leader in the future regulation of genetic technologies, balancing a sensible risk-based approach with a more ‘innovation-friendly’ approach, and we particularly welcome the report’s endorsement of the Government’s proposals to take simple gene editing out of the scope of current GMO regulations. We look forward to an announcement from Defra very soon as a first step towards freeing up research and innovation in this area,” said BSPB chief executive Samantha Brooke.

“In its report, the Regulatory Horizons is also right to highlight the importance of genetic innovation as the foundation for more sustainable agriculture, particularly in helping farmers adapt to climate change and to protect crops against pests and diseases while reducing chemical use.

The vital contribution of plant breeding was highlighted earlier this year in a May 2021 study by HFFA Research GmbH which concluded that, since 2000, improved varieties have accounted for two- thirds of the productivity gains in UK arable crops. Without plant breeding over the past 20 years, the study found that crop yields would be 19.1% lower, and 1.8 million hectares of additional land would be needed in other parts of the world to meet the UK’s food needs, placing additional pressure on scarce global resources and causing more than 300 million tonnes of additional GHG emissions.

However, alongside a commitment to better regulation, Ms Brooke urged the Government to act on plant breeders’ concerns about the hiatus in research funding between early-stage genetic research and its application in commercial breeding programmes. This was first identified as a problem 17 years ago in a BBSRC review of crop science led by Professor Chris Gilligan. According to a more recent UKRI review published earlier this year, by Professor Jane Langdale of the University of Oxford, a fragmented R&D pipeline in plant genetics still remains a significant barrier to innovation, and major opportunities to exploit advances in our understanding of plant science are being lost.

Ms Brooke also warned that while leaving the EU might open up longer term opportunities for regulatory divergence and a more pro-innovation approach, the short-term challenges for the UK plant breeding and seeds sector were focused on the day-to-day realities of making this year’s and next year’s harvests happen.

“The Brexit dividends for UK-based plant breeders have been in short supply to date, and the reality is that our members are facing increased costs, bureaucracy and uncertainty while operating in a much smaller market-place. This will inevitably be focusing minds on investment decisions for the future, and we would urge Ministers to heed and act on these immediate concerns,” said Ms Brooke.