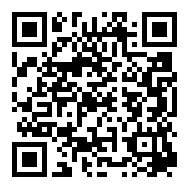 A series of difficulties from various sources formed what many have called “the perfect storm” in the agricultural inputs segment, resulting in cost increases in a scenario of shortage of supply and growing demand. In this exclusive interview with AgroPages, the president of the Brazilian Sindiveg (National Union of Vegetal Defense Products Industry), Julio Borges Garcia, gives an overview of the situation and projects the near future of the market. The crop protection product industry is facing several challenges, caused mainly by the COVID-19 pandemic, but not only by it. From last year until now, there has been a strong increase in the prices of raw materials and packaging, as well as an increase in the logistical cost, both nationally and internationally. Sea freight continues to rise and manufacturers already miss certain raw materials.

The trend points to a worsening of this scenario, especially looking at China, which remains quite unpredictable. The local option of closing manufacturers through more restrictive environmental policies, the water crisis that affected energy production, the typhoon and the storms that hit the country should greatly increase the inflationary pressure of agricultural pesticides.

What can this lack of raw material lead to?

The scarcity of raw materials should impact, in the first place, the cost of inputs, both in terms of production for the industry and in the final value for the farmer. Given the challenges we face, we estimate that around 60% of products are impacting the price, directly or indirectly. That should remain until next year. However, pesticide companies remain focused on fulfilling their socio-economically important role, working to avoid this shortage of active ingredients and, thus, offering solutions to the problems that affect the productivity and profitability of the field.

What are the products facing the biggest problems?

As an entity that represents the pesticide industry, we have received reports from our associates about difficulties in the acquisition of raw materials in general, both due to logistical and supply chain problems. Companies are looking for other sources of supply, but it is important to emphasize that this issue needs to be approved by competent regulatory bodies.

How do you evaluate the first half of the year for the sector, and what do you project for 2021?

In the first half, the area treated with pesticides increased by 9.4%, from 684.3 million hectares to 748.6 million hectares, with an emphasis on insecticides – which represented 32% of the total. Looking at the volume of these applications, there was an increase of 7.6%. The total rose from 439,074 tons to 472,436 tons, with 39% related to herbicides.

The market value, in dollars, decreased by 7.9%, from US$5.763 billion to $5.308 billion. In this scenario, soy represented 31% and insecticides 37% of the value applied to inputs. In Brazilian currency, however, there was an increase of 13% and the level rose from R$25.188 billion to R$28.462 billion in the period. We forecast that the treated area, which grew in the first two quarters, will continue to grow in the third and fourth quarters of this year.

This scenario is driven by the high concern that farmers are showing about the incidence of insects, fungi and weeds. By the end of the year, we expect to grow around 10% in the treated area. However, we are still unable to accurately predict the dollar variation in sales of the crop protection product chain this year. The real has still depreciated against the US currency, something that is also accompanied by an increase in the price of raw materials, packaging and maritime freight. Only if the exchange rate decreases, one hopes this year, it will be possible to think about the growth of the market in dollars.