Dynamics of research and registration of aerial pesticide application in China 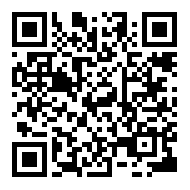 Use of drones for biological pest control attracts investors

Use of drones for biological pest control attracts investors

Aerial pesticide application in China, at present, is developing rapidly, where research and registration of pesticides dedicated to this kind of application have been very hot.

The dilution stability is an important indicator in pesticides when it comes to aerial application, which is generally used at low volume or ultra-low spray. The water consumption of conventional sprayers is 30-50 liters per mu, diluted at 3000-5000 fold, whilst the water consumption of spraying by aerial application is only 0.5-1.0 liter per mu, diluted generally at 30-100 fold. In the process of low volume or ultra-low spraying, the diluent’s precipitation, crystallization and flocculation will decide if a drone nozzle may be blocked or not, which decides whether the aerial application can perform correctly.

Ultra-low volume registrations up to date in China Aerial application takes place at a certain height, which generally generates a downdraft during flying. Hence, the agent for an aerial application needs to have an anti-evaporation and anti-drift capacity. Under the airflow, the smaller droplets of an aerial application-oriented agent may suspend and drift in the air, which will result in a loss of the agent. This is not only a waste of the agent but causes pollution to the ambient environment, or even causes phytotoxicity.

Rain fastness decides the retention ability of an aerial application-oriented agent adhering and spreading on the crops, as measured after a 2mm rain wash. This is also one of the key indicators of the performance of aerial application-oriented agents. The retention ability of the agent on the leaf surface is the key indicator of the efficacy of the agent. Longer retention improves the overall efficacy and control ability.

To improve the efficiency of an aerial application, a variety of pesticide formulations are often applied at the same time, which requires a higher compatibility among pesticide formulations. In the process of a mixed application, it is important to make sure that no layering, crystallization, flocculation, agglomeration and gelation happens within the cartridge, which will block the nozzle or reduce the pesticide effect. For this reason, experimentation should be carried out in the early stage to determine if mixing is possible or not. In case of mixing, the agents should be mixed only at the time of spraying for the purpose to avoid the occurrence of instability, which may be caused by a mixture prepared already for some time.

With the application and popularization of new technologies, the Chinese farmer’s spraying methods are changing as time goes by. The emergence of aerial application techniques has not only imposed new challenges to the type of formulations but has also provided new opportunities and new orientation in pesticide development. While speeding up research and learning from the existing experience of aerial applications in other countries, the Chinese formulation and adjuvant industry development is expected to grow rapidly and effectively.