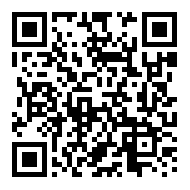 Recently, Pilarquim launched its marketing activities in Boyacá, Colombia, for its new product PILARXANIL, to demonstrate its efficacy in trail fields. Growers and retailers in the region participated in the activities.

Growers evaluate the efficacy of PILARXANIL

PILARXANIL is composed of two active ingredients - dimethomorph and cymoxanil, which combines the strong permeability and systemicity of cymoxanil with the curative and protective functions of dimethomorph, providing a new choice for potato blight.

In addition to the advantages of the compound itself, the excellent effect of PILARXANIL benefits from its advanced DF formulation and production process-wet granulation. Due to different granulation methods, water dispersible granules can be divided into wet granulation and dry granulation. Compared with traditional dry granulation, wet granulation is more energy-saving and environmentally friendly, and the particle diameter D90 produced by this process is less than 5 microns, and it will be dispersed in a cloud after entering water, disintegrating quickly, and having a high suspension rate.

The DF formulation enables PILARXANIL to be spread wide over a potato’s leaf surface, being easily absorbed, with a strong rainfastness, which helps to achieve the desired prevention and control effect.

The potato planting area in Colombia is approximately 10 million hectares, distributed mostly in Cundinamarca, Boyacá, Nariño and Antioquia, and accounting for 90% of the total potato planting area of Colombia. As Colombia's second largest pesticide-applied crop, potato plays an important role in the agrochemical market.

Colombian potatoes are grown at a higher altitude and the climate conditions are suitable for the development of late blight, which is more serious than other Andean countries. After detailed market research and analysis, Pilarquim chose to focus on the potato late blight control market in Colombia.

At present, Pilarquim has launched a series of products such as PILARXANIL and chlorothalonil SC for potato late blight control. PILARZOX (Cyazofamid + Cymoxanil 255 g/L SC) will also be put into the market in the future.

The market launch at this time is a good beginning of Pilarquim's marketing effort in Colombia. Adhering to its business philosophy "customer-centric, focus on products and crops", Pilarquim will continue to work closely in the future with its partners to provide the Colombian growers with more high-quality crop protection solutions.