U.S. to ban use of pesticide chlorpyrifos on food crops 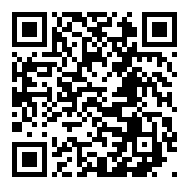 The U.S. Environmental Protection Agency on Wednesday said it will ban the use on food crops of the pesticide chlorpyrifos, which has been linked to health problems in children.

"EPA is taking an overdue step to protect public health," said EPA Administrator Michael Regan. "Ending the use of chlorpyrifos on food will help to ensure children, farmworkers, and all people are protected from the potentially dangerous consequences of this pesticide."

Chlorpyrifos has been used as a pesticide since 1965 on farms and in non-agricultural areas such as golf courses, according to the EPA. However, applications have declined due to state restrictions, reduced production and the development of alternative products, the agency said.