The prices of glyphosate and glufosinate continue to be high, L-glufosinate meet new market opportunity in China 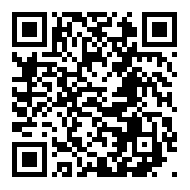 This year, driven by raw material costs and the optimization of industry supply and demand, the price of glyphosate continued to rise from RMB 28,500 per ton at the start of the year to RMB 53,000 per ton in August. Due to the impact of environmental compliance regulations, the supply of glyphosate might become very limited while its price could remain high.

Benefiting from strong downstream demand and the price increases of glyphosate substitutes, the price of glufosinate rose to RMB 250,000 per ton since the end of CAC Shanghai exhibition.

Burndown herbicides, the largest herbicide category, are widely used on uncultivated land, non-tillage land and cropland for weed prevention and control. Glyphosate, paraquat, glufosinate and diquat were considered the “big four” herbicides. In 2016, sales of glyphosate, paraquat and glufosinate jointly amounted to $7.54 billion, according to Phillips McDougall. Among them, paraquat and glyphosate dominated the herbicide market with their cost-effective advantages, limiting the development of glufosinate and diquat.

Glyphosate is the world’s most widely used herbicide, due to its excellent weeding and long-lasting effect combined with its broad herbicidal spectrum. However, it causes harm to the root system of crops through indirect or hidden phytotoxicity, and causes soil plate hardening issues and “deficiency syndrome.” In addition, due to long-term use, glyphosate resistance is increasing yearly.

Paraquat does not cause harm to root systems, being safe for application on row crops. It also does not cause residual soil damage and acts quickly, taking effect in tens of minutes. Furthermore, paraquat is resistant to rain wash. Therefore, farmers can even conduct spraying in the rain. These advantages enabled paraquat to attain a strong market position equal to glyphosate.

Glufosinate on equal footing with glyphosate

Due to paraquat’s extreme toxicity to the human body with no dedicated antidote, its oral poisoning mortality rate reached as high as 90%, Therefore, China banned the sale and use of paraquat AS on 1st July, 2016. During this time, glufosinate entered the market, offering outstanding performance and a stable and long-lasting effect. From 2016 to 2020, the market pattern, with glyphosate and glufosinate leading on equal terms, began to take shape.

Currently, overall market development remains stable, due to the prohibited or restricted use of glyphosate, resistance to the compound and the risk of carcinogenicity, as well as the continuous spread of glyphosate-resistance crops worldwide and the slow release of novel non-selective herbicides.

Glufosinate does not hurt the root system of crops and is safe overall. It is also fast-acting and long-lasting with a broad herbicidal spectrum, being effective in controlling resistant weeds, such as eleusine indica and horseweed herb. In recent years, glufosinate gradually gained a share of glyphosate and paraquat’s market share, becoming the second largest burndown herbicide variety. According to Phillips McDougall, the market value of glufosinate steadily increased over the past 10 years, reaching $1.05 billion in 2020, while CAGR reached 13.2% from 2011 to 2020, making it the fastest growing non-selective herbicide.

Currently, some agrochemical companies are planning to begin producing glufosinate. However, some do not have experience of glufosinate production, while their intended production bases are centralized in one location. In view of this lack of experience, the impact of COVID-19 and the risk of pollution, it is uncertain whether the planned production capacity will run stable or sustainable. From 26th September, 2020, the Chinese Ministry of Agriculture and Rural Affairs banned the sale and use of paraquat in China, eliminating one of the “big four” in the domestic market. In the same year, Yonon, Japan Meiji Seika and Lier Chemical were granted registration of L-glufosinate technical in China, marking the start of the commercialization of L-glufosinate and beginning its era.

Glufosinate contains a chiral center with two optical isomers, L-isomer and D-isomer, but only L-glufosinate (L-isomer) offers weeding activity. At present, the most available glufosinate on the market is the product D:L = 1:1 racemized. L-glufosinate can convert the ineffective D-isomer in glufosinate into effective L-isomer, which, theoretically, requires 50% less product to be used on every mu of land (1/15 hectare), reducing the cost of processing technical materials, transportation and adjuvants, which will benefit farmers though significant cost reduction. In addition, the use of L-glufosinate instead of glufosinate reduces the discharge of ineffective agents on the soil by 50%, being more environmentally-friendly, in line with China’s policy of “decreasing the use of pesticide and increasing efficiency.”

The Lier Group (Lier Chemical, Guang’an Lier, Lier Crop Science, Lier Biological and Jiangsu Kuaida) is reportedly currently working on increasing its registrations of L-glufosinate single agent and formulations in the Chinese market, as well as making arrangements for registrations in overseas markets, which will make it the largest L-glufosinate manufacturer with the most registrations and complete product varieties. Source: China's Institute for the Control of Agrochemicals, Ministry of Agriculture (ICAMA)

Completed capacity or under construction in China

L-glufosinate capacity in China up to end of 2020 Source: announcements of each of the above company and CICC Research Department

In view of the successful development of Lier Chemical’s available asymmetric synthesis and conversion synthesis, Lier Chemical is expected to become the new industry leader in Chinese L-glufosinate industry, as backed up by its existing advantage of capacity of glufosinate.

The history of development of burndown herbicides, including paraquat and glyphosate, tells us that when there is a new chance of development, selection of manufacturers that have an advantage of technicals capacity, well-established brand and market operation experience will enable grasp of opportunities of development, which will put ourselves in a stronger position on the market.