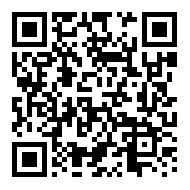 Corteva Agriscience said on Tuesday it will start selling biotech soybean seeds in Brazil, as it seeks to bolster its presence in the world's largest producer of the oilseed and tackle German rival Bayer AG.

"We want to give farmers freedom of choice, an option for local growers since there was basically only one company operating in the soy biotechnology market in Brazil," Roberto Hun, Corteva's president for Brazil and Paraguay, said in an interview.

Hun said use of Enlist in the United States exceeded expectations. Quick adoption by farmers led 35% of the U.S. soy area to be cultivated with the product within three years of its launch, he said.

Christian Pflug, head of Enlist technology for Brazil and Paraguay, said local farmers would be able to raise soy yields by 2% to 5% if they embrace the technology. The company hopes one-third of Brazil's soybean area is planted with its biotech seeds within five years.

As part of its Enlist product line, Corteva also plans to launch another genetically modified soy seed, Conkesta, in Brazil. The company says it can resist the same three weed killers as well as some types of caterpillars - a common plague of tropical agriculture.

The Conkesta launch is pending EU approval of that specific technology, as the bloc imports soy and soymeal from Brazil, executives said. Brazil's biggest soybean buyer is China, where Enlist and Conkesta products have been cleared by regulatory authorities, executives said.