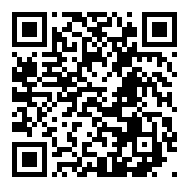 BASF has reported its financial results for the second-quarter on July 28.“The strong growth momentum of the previous two quarters has continued: Thanks to higher prices and volumes, we can present very strong second-quarter results today,” said Dr. Martin Brudermüller, Chairman of the Board of Executive Directors of BASF SE, who presented the second-quarter results together with Chief Financial Officer Dr. Hans-Ulrich Engel. On July 9, BASF already published preliminary figures for this quarter and raised its outlook for the full year 2021.

“We achieved volumes growth and price increases across all regions and all segments compared with the second quarter of 2020,” said Brudermüller.

Sales increased by €7.1 billion compared with the second quarter of 2020 to €19.8 billion. This sales growth of 56 percent was largely attributable to higher prices and volumes in all segments. Price levels in the Surface Technologies, Chemicals and Materials segments in particular increased, while volumes grew primarily in the Surface Technologies, Materials and Industrial Solutions segments. Negative currency effects had an offsetting impact.

“Considerably higher earnings in our upstream businesses due to higher prices and volumes were the main driver for the strong increase in earnings overall,” said Brudermüller. “In our downstream segments, we also managed to increase volumes and prices based on strong demand.”

Sales of €2.0 billion in the Agricultural Solutions segment were considerably above the level of the second quarter of 2020. This was due primarily to the considerably higher volumes in all regions and to higher prices. Negative currency effects, especially in South and North America, had a dampening impact on sales.

Sales in Asia improved considerably, primarily due to increased volumes of fungicides and herbicides. Slightly higher prices also had a positive impact on sales, while currency effects had a negative impact.

Despite higher sales, income from operations (EBIT) before special items was considerably below the level of the prior-year quarter. This was mainly attributable to currency effects as well as to higher fixed costs.

EBIT included a special charge for measures in connection with the streamlining of the global glufosinate-ammonium production network.