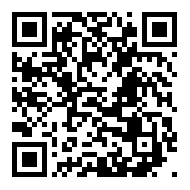 The Bayer Group registered strong growth in the second quarter of 2021. “Sales at all divisions increased by a double-digit percentage after adjusting for currency and portfolio effects, and we expect this positive sales momentum to continue in all our businesses. We are therefore upgrading our full-year guidance, and now anticipate higher sales and core earnings per share than in our previous forecast,” said Werner Baumann, Chairman of the Board of Management, on Thursday. Presenting the company’s half-year financial report, he highlighted how “we have achieved major successes in developing and launching drugs, some of which have blockbuster potential. We have successfully expanded the launch of our cancer drug Nubeqa™ and are continuously surpassing our own expectations. We have continued to advance the launch of Verquvo™ for the treatment of symptomatic chronic heart failure, with approvals gained in the European Union and Japan, and we’re now in the process of launching Kerendia™ in the United States.” The latter product was approved in July by the U.S. Food and Drug Administration for the treatment of adult patients with chronic kidney disease and type 2 diabetes. Bayer has also announced the acquisition of Vividion Therapeutics, as the company continues to make strides in implementing its strategy for the Pharmaceuticals Division. “Vividion’s unique technologies and special expertise will significantly strengthen our drug discovery capabilities,” Baumann emphasized. Bayer recently formed its own cell and gene therapy platform as part of its transformation strategy for Pharmaceuticals. The platform already has potentially ground-breaking medical innovations in clinical development, such as a therapy for the treatment of Parkinson’s.

Free cash flow declined by 17.8 percent to 1.152 billion euros. Net financial debt as of June 30, 2021, increased to 34.361 billion euros, up 1.3 percent from March 31, 2021. Cash inflows from operating activities and positive currency effects almost offset the outflow for the dividend payment and settlement payments for litigations in the United States.

EBITDA before special items at Crop Science decreased by 25.4 percent to 1.018 billion euros, giving a margin of 20.3 percent. Higher prices and volumes along with contributions from ongoing efficiency programs only partly offset an increase in costs, and particularly in the cost of goods sold. Earnings were also diminished by a negative product mix, currency effects of 111 million euros, and the later receipt of license revenues.

EBITDA before special items at Pharmaceuticals increased by 3.0 percent to 1.409 billion euros, driven by the strong growth in sales. This resulted in a margin of 31.4 percent. Research and development expenses increased against the low prior-year figure and were partly attributable to the cell and gene therapy unit. Earnings were also diminished by an increase in the cost of goods sold, expenses for product launches, and a negative currency effect of 26 million euros.

EBITDA before special items at Consumer Health advanced by 9.4 percent to 278 million euros. As a result, the EBITDA margin before special items improved by 0.5 percentage points to 21.6 percent. The growth in earnings was primarily driven by the division’s strong business performance and continuous cost management efforts while allowing for additional investments in marketing as part of new product launches and accounting for negative currency effects of 20 million euros.

Outlook: Bayer optimistic for remainder of the year

The company also made good progress in the area of sustainability. For example, Bayer recently amended its existing 4.5-billion-euro revolving credit facility by linking it to climate protection, creating a link between one of its financial instruments and its sustainability targets for the first time. The amendment incorporated the company’s greenhouse gas emission reduction targets into the revolving credit facility: if Bayer misses its reduction targets, it will make a compensation payment to a charitable organization. Through this amendment, Bayer has emphasized its commitment to achieving climate neutrality by 2030 and its holistic sustainability strategy.

After launching an initiative to help farmers sequester carbon in the soil in 2020, Bayer recently extended this decarbonization program to Europe. In addition, the long-term contraceptive Mirena™ has been added to the product catalogs of the United Nations Population Fund (UNFPA) and the United States Agency for International Development (USAID) for distribution in low- and mid-income countries. This represents a milestone in providing women in these countries with access to family planning. Bayer is investing 250 million euros in Turku, Finland, to expand and modernize the production of contraceptives. The following tables contain the key data for the Bayer Group and its divisions for the second quarter and the first six months of 2021.

The full half-year financial report is available online at: www.bayer.com/halfyearreport

Additional information for investors and access – from around 2 p.m. CEST – to the live broadcast of the investor conference call at: www.bayer.com/live-ic

Print-quality photos can be found online at: www.bayer.com/photo-footage