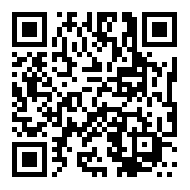 China’s leading glyphosate manufacturer Xingfa Group released its 2021 Semi-Annual Report, revealing an operating income of Yuan9.853 billion in the first half of 2021, up 5.48% year on year, on August 2.

The net profit attributable to shareholders was Yuan1.141 billion, up 730.05% year-on-year and basic earnings per share reached Yuan1.0193 billion.

The company’s surge in net profits was attributed to the boom in the chemical industry at that time, when the prices of the company’s main products, such as organosilicon and glyphosate rose significantly, with the latter contributes 20% to the whole profit.

Meanwhile, the 360,000-ton organosilicon upgrading project was brought on stream in the third quarter of the year, increasing its sale. In addition, the company made progress in the development of the electronic-grade chemicals market, where sales of high value-added IC-grade products to semiconductor customers increased significantly, which greatly increased the business performance of the company.

As regards phosphate ore, since March this year, the increase in the downstream demand for ammonium phosphate and the resultant price rise, has raised the demand for phosphate ore, resulting in a strong rise in its market price. Up to the end of June, phosphate ore (grade 28%) price ex-port rose to Yuan500/ton (including tax), which is about Yuan150/ton higher than it was at the beginning of the year.

In terms of glyphosate, Xingfa Group’s holding subsidiary, Taisheng, currently has an annual production capacity of 180,000 tons (including a 50,000-ton capacity in its wholly-owned subsidiary Inner Mongolia Xingfa), resulting in Xingfa Group’s largest capacity in China. In the first half of 2021, the market price of glyphosate continued to rise. By the end of June, the price reached nearly Yuan50,000 per ton (including tax).

Experts from Xingfa Group will attend the 2021 China Pesticide Exporting Workshop (CPEW), on 26-27, Aug, in Hangzhou, China, and make speeches about the future market of non-selective herbicide. We invite overseas readers to make Virtual Participation of this event. Click to see more details.