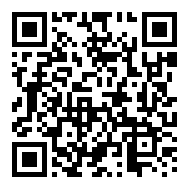 The controlled use of pesticides is an important tool for the agricultural sector. Prior to approval for sale in Canada, all pesticides must undergo a rigorous science-based review by Health Canada's Pest Management Regulatory Agency (PMRA) and meet strict standards for health, safety and environmental protection.

While the current regulations provide robust protection of human health and the environment, some of its provisions now warrant review to ensure the pesticide approval process meets the expectations of Canadians in the areas of transparency and sustainability.

That is why, Patty Hajdu, Minister of Health, Marie-Claude Bibeau, Minister of Agriculture and Agri-Food and Jonathan Wilkinson, Minister of Environment and Climate Change announced that the Government of Canada is putting a pause on proposed increases to Maximum Residue Limits (MRLs), including for glyphosate. As a result, there will be no increases to MRLs until at least spring 2022. The Ministers also announced the Government of Canada will begin consulting on specific provisions of the Pest Control Products Act (2002) to consider, among other elements, ways to balance how pesticide review processes are initiated in Canada and increase transparency.

In addition, the Ministers announced $50 million in investment in Health Canada's Pest Management Regulatory Agency (PMRA) and Agriculture and Agri-Food Canada's pest management research, to be supported by Environment and Climate Change Canada. $42 million will be invested over three years in the Heath Canada's PMRA to further strengthen its human and environmental health and safety oversight and protection, including improving the availability of independent data to further support pesticide review decisions, and the transparency of decision-making. A further $7 million will be invested to Agriculture and Agri-Food Canada, and $1 million to Environment and Climate Change Canada in supporting work, to accelerate the research, development and adoption of alternative pest management solutions.

When conducting pesticides approvals, Health Canada considers data and information provided by manufacturers; published scientific reports; federal, provincial, and territorial governments; other regulatory agencies; and Canadians.  This new funding will increase the availability of independent data in this process by parties such as universities, NGOs and governments. This funding will allow Health Canada to increase independent data generation, including new water and agricultural monitoring data. It will also allow the creation of a new expert panel process to provide advice, as appropriate, prior to evidence-based decisions of the PMRA on pesticides, including on MRLs.

"Canadians rightfully expect transparency in any decision regarding pesticides use. Health Canada is a world-class regulator whose experts put the safety of Canadians first in everything they do. The decisions announced today will give them more tools to ensure pesticides used in Canada are safe and sustainable, based on the latest available scientific evidence," says Patty Hajdu, Minister of Health .

"With today's announcement, we are confirming that no decision on any increases to pesticide limits on food will be made before next spring. Meanwhile, we will review the framework underlying the review process of the PMRA and strengthen its capacity to conduct those reviews," adds Marie-Claude Bibeau, Minister of Agriculture and Agri-Food Canada, "Furthermore, research investments announced today will also give farmers greater access to better products and to adopt new and alternative approaches to pest management that reduce risk while addressing the concerns of Canadians."

Jonathan Wilkinson, Minister of Environment and Climate Change, comments, "The Government of Canada showed its commitment to enhancing the protection of Canadians' health and the environment by strengthening CEPA, including providing for a right to a healthy environment. I am pleased that we have now committed to further action by reviewing specific provisions of the PCPA to enhance the transparency of decision-making, and to increase funding for science such as water-monitoring to support evidence-based decisions on the use of pesticides. I look forward to engaging with my colleagues to advance the protection of the environment."