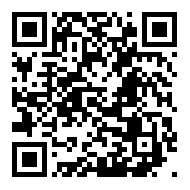 The formulation was described by the company as highly versatile, offering efficient control of the pest complex, especially caterpillars of the genus, Spodoptera, and bed bugs.

One of Rotam's major objectives is to make life easier for producers, by launching a single product that can control Pentatomidae bugs and caterpillars. It is also convenient, as it can be applied at any stage of various cultures, which is indicated in its registration.

According to agronomist Andre Barabach (Portfolio Manager at Rotam Brasil), the new product has been proven effective in controlling eggs, nymphs and adults. “In the composition, we have two powerful molecules, bifenthrin and methomyl, which have a synergistic effect when combined, giving the product immediate control of insects and reducing re-infestation. Its liquid EC formulation is easy to handle and has no odor, adding to its list of benefits,” he said.

A test conducted at the multi-national company’s “Experimental Station” in the state of São Paulo during the 2019/20 harvest counted the percentage of hatched eggs of the brown stink bug, Euschistus heros. The application of Bazuka Duo killed 100% of eggs after eight days of spraying. Within eight days, 93% of eggs hatched in the control, while the best result of a competing product was 17% dead eggs.

Another experiment, carried out in the state of Mato Grosso during the 2019/20 harvest evaluated the product’s effectiveness in controlling the brown stink bug, Euschistus heros, in soybean. The results showed that 12 days after a second application of Bazuka Duo, nymph control was 94.3%, while treatment with a competing product was 88.6%.

The total number of insects per square meter 15 days after the second application of the new product was 1.6 bugs, while the control already had more than 7 adults. “In a scenario involving high pest pressure, the impact on crop productivity will certainly be very high if we do not use a high-performance product, since bed bugs directly impact crop yield, pods and grains,” Barabach added.

The research also counted the number of bags of soy per hectare and the weight of a thousand seeds. With the use Bazuka Duo, production was 6% more than a competing product, and 17% more than the control.

Bazuka Duo is another solution for controlling “agricultural system caterpillars” that feed on various crops, such as Helicoverpa Armigera, Chrysodeixis includens and Spodoptera eridania. Research conducted in Mato Grosso evaluated the efficiency of the new product against the Helicoverpa caterpillar in soybean during the 2019/20 harvest. At 14 days after a second application, the elimination rate was 100%.