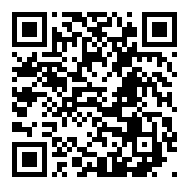 The U.S. Environmental Protection Agency (EPA) is releasing the interim decision (ID) for the pesticide paraquat dichloride (paraquat) finalizing new, stronger safety measures to reduce exposure. The Federal Insecticide, Fungicide and Rodenticide Act (FIFRA) requires the agency to periodically re-evaluate pesticides through registration review to ensure that risk assessments and pesticide decisions reflect the best available science. The ID is part of the legally required registration review process to identify risks as well as actions that can mitigate risks.

Paraquat is an herbicide applied annually to control invasive weeds and grasses in crops including cotton, corn, and soybeans. No direct one-to-one alternatives to paraquat are available. All paraquat products are Restricted Use Products and may only be used by certified pesticide applicators.

The agency has taken proactive steps to ensure paraquat is used in a manner that will not cause unreasonable adverse effects to human health or the environment and is consistent with the label directions. EPA’s 2016 Paraquat Human Health Mitigation Decision included a safety awareness campaign, targeted training for paraquat applicators, and changes to labels and product packaging to help prevent illness, injury, or death resulting from improper use.

The ID released today builds upon this previous work and includes the following enforceable mitigation measures that specify parameters for application and institute restrictions to further protect individuals from exposure. EPA has determined that these mitigation measures are necessary to address the risks identified from paraquat exposure while allowing for the continued use of this important agricultural tool.

Additionally, EPA evaluated hundreds of studies, including published toxicity and epidemiology literature on paraquat exposure and adverse health outcomes, including Parkinson’s Disease. There are many studies on paraquat and Parkinson’s Disease that range in quality and provide conflicting results. Following EPA’s 2019 literature review, an updated study of the Agricultural Health Study cohort was published in 2020 that reported no association between paraquat exposure and Parkinson’s Disease. Notably, this updated study did not replicate earlier 2011 findings from AHS that were considered by EPA and suggested a potential association may exist. After a thorough review of the best available science, as required under FIFRA, EPA has not found a clear link between paraquat exposure from labeled uses and adverse health outcomes such as Parkinson’s disease and cancer.

More information about paraquat and the interim decision is available on EPA's website.

United States
U.S. EPA takes next step in the review of anthraquinone
Follow