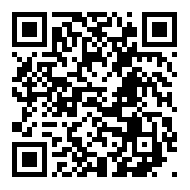 A new fungicide offering extended residual control of a wide range of diseases in canola and pulse crops has been released by Syngenta.

MIRAVIS® Star is a combination of Group 7 and Group 12 active ingredients that is now approved by the Australian Pesticides and Veterinary Medicines Authority.

In canola this new foliar fungicide has a wide disease spectrum covering seedling and upper canopy Blackleg, as well as Sclerotinia and White Leaf Spot. When used up to 20% bloom MIRAVIS Star provides up to six weeks of residual activity resulting in improved yield.

He said the new fungicide was absorbed into the waxy layer of the leaf and slowly released into the plant over time, for robust, residual control that’s a step up compared to existing options.

“For canola MIRAVIS® Star can be applied at the four to six leaf range for seedling blackleg control or from stem elongation to 20 per cent flower for upper canopy blackleg control,” Mr Wilson said.

He said a key to MIRAVIS® Star was its ability to provide residual activity well into the weeks following application.

“When it is applied at the 20 per cent bloom stage of a canola crop, we are seeing extended residual over that entire flowering period.”

An advantage of keeping the canola crop clean during this vital stage of development is the added yields demonstrated in the trial programs.

“MIRAVIS® Star has the ability to extend the maturity of the crop since it contains an SDHI fungicide,” Mr Wilson said.  “We are seeing a stay-green effect which was very evident last year in our extensive trial program.”

“Crops remained greener for longer, which produced a yield advantage.  We were seeing a 100 to 240 kilogram per hectare yield advantage over products that are currently in the marketplace.”

He said the yield advantage was even more significant under irrigated conditions where there was an exceptionally strong return on investment.

“It was not unusual to see yield advantages in excess of 500 kilograms per hectare with MIRAVIS® Star.”

The performance of MIRAVIS® Star has been equally as impressive in pulse crops where it consistently produced higher yields in comparisons with other fungicides currently on the market.

“We have seen up to six weeks disease control in crops, with exceptionally strong control over the range of pulse diseases,” Mr Wilson said.

“I think it has a significant fit at that canopy closure stage with an ability to keep the crop clean for an extended period.  This is helping achiever higher yields.” Syngenta product lead fungicides (broadacre) Angus Rutherford said MIRAVIS® Star is competitively priced, with an excellent return on investment given the weeks of residual expected from the product.

“Application rates will vary depending on the crop type and target disease,” Mr Rutherford said.

“Higher rates should be used when conditions favour severe disease development or when a susceptible cultivar is grown.

“We’re really pleased to have achieved registration of MIRAVIS® Star at this time, providing the industry a chance to see this product commercially this season ahead of our full rollout in 2022.”

He said MIRAVIS® Star had been part of an extensive trialling program that included crop safety and compatibility work.

“It has shown excellent crop safety in all the trial work we’ve done to date and good compatibility with a range of products that could be applied to the crops at a similar time.”

“MIRAVIS® Star has aerial and ground use registrations. When compared to other fungicides at similar use timings, it is fully rainfast in just one hour from application.”