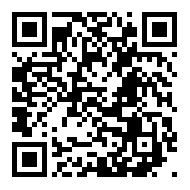 EuroChem Group AG (hereinafter “EuroChem” or the “Group”), a leading global fertilizer company, announces the signing of an agreement to acquire the Serra do Salitre phosphate project in Brazil, strengthening the Group’s production and distribution capabilities in one of the world’s most important crop nutrient markets.

Serra do Salitre is an advanced-stage integrated upstream phosphates project in Minas Gerais, southeastern Brazil. It comprises an open pit phosphate mine with more than 350 million metric tonnes (MMT) of reserves; and a 1 MMT-per-year manufacturing plant for MAP/NP and SSP/TSP products which is due to come on stream in 2023.

“This expansion will allow us to reduce dependency on third-party phosphate supplies, and also creates the potential for phosphates and complex fertilizer production in Brazil,” said EuroChem Group CEO Vladimir Rashevskiy. “It significantly improves our competitive position in Brazil, and enables us to leverage the extensive blending and distribution capabilities brought by the acquisition of Fertilizantes Tocantins, which we completed last year,” he added.

The mine and beneficiation plant are already operating, producing around 500-600 KMT of phosphate rock and generating positive EBITDA from third-party concentrate sales. The project will further include a sulphuric acid plant, a phosphoric acid plant, and a 0.4 MMT storage facility for granulated fertilizer including urea and muriate of potash, among other nutrients.

The US$410 million deal will, on closing, see EuroChem Group assume full ownership of all Serra do Salitre assets from Yara International ASA. The remaining development capex to reach full capacity is close to the deal value, with the project expected to reach its target output in 2024. The acquisition is subject to, among other things, approval from the Brazilian antitrust authority (CADE). After deal closing, EuroChem undertakes to conclude the construction works in Salitre.

Brazil is one of the world’s biggest fertilizer markets, and phosphates are considered to be one of the three primary nutrients, along with nitrogen and potassium, that plants require for healthy growth. Due to nature of the crop mix in Brazil – 44% of which is soya – Brazilian demand for phosphate-based fertilizers is higher than in other regions, with half of consumed phosphate fertilizers within the country covered by imports.

Serra do Salitre is strategically located within Brazil’s agricultural heartland, where domestic demand is robust. The phosphates it supplies will slot seamlessly into EuroChem’s production and distribution operations, allowing the Group to serve its thousands of customers with even more high-quality fertilizers in a timely fashion. Applying the right fertilizer on time throughout the growing season is critical to the success of crop harvests.

When brought on stream and fully ramped up, Serra do Salitre will add 1 MMT to EuroChem’s existing annual phosphate and complex product output of 5 MMT. The Group currently has two phosphate mines: the Kovdorskiy GOK facility in northern Russia and EuroChem Fertilizers in Kazakhstan, and manufactures premium-quality commercial MAP, DAP, NP and feed phosphates at several production sites in Russia and Lithuania.