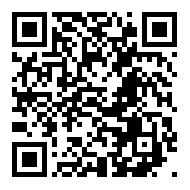 The molecule contains an anthranilic diamide structure. In June 2021, it received an ISO generic name – fluchlordiniliprole, with the CAS number 2129147-03-9 and molecular formula C17H10BrCl3FN5O2, as shown in figure 1. Fluchlordiniliprole has a distinctive action mechanism, with enhanced insecticidal activity, without cross-resistance to conventional insecticides. Apart from being environment-friendly, it is low-toxic on mammals and is a bright market prospect.

Qingweishi is a fluchlordiniliprole•methoxyfenozide 20% SC developed by Hailir Group’s subsidiary Qingdao Audis Biotech, for which Hailir has conducted several trials that have resulted in achieving a satisfactory amount of control.

Fluchlordiniliprole is Hailir Group’s first independently created insecticide and its formulation series are expected to be released in the market in 2022. This will provide a new tool for the control of resistant Lepidoptera pests and it will provide a higher value to Chinese agriculture.