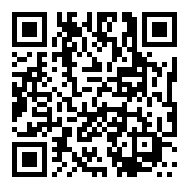 As has been thoroughly reported, in early 2020 Mexico published a presidential decree to ban glyphosate and genetically modified (GM) corn — including GM corn imports — by 2024. Though that’s three years away, the government is already taking steps to implement the ban, such as denying glyphosate imports and delaying some GM corn imports from the United States.

These actions are creating uncertainty on both sides of the border. On the Mexican side, farmers’ associations are teaming up to pursue legal actions to make the government back off from the decree. On the US side, American farmers are concerned that stopping imports could violate bilateral trade agreements, such as NAFTA, even as they look to profit from the ban.

Due to the tremendous economic importance of the corn trade between Mexico and the US, American farmers are eying the decree as an opportunity to shift production to non-GMO corn to continue exporting to Mexico. Up of 40 percent of the corn produced in the US is imported to Mexico, so they can’t afford to lose this market. While shifting their production model to non-GM corn may sound like a reasonable solution, is reliance on non-GMO corn — organic corn — a feasible option for Mexican producers and consumers?

It is worth mentioning that the decree resulted from a unilateral decision, according to news reports. Government officials did not consult with farmers’ associations or producers who rely on GM corn imports to survive. So the decree can be seen as an expression of political will, rather than a reflection of the needs and wishes of farmers, producers, scientists and consumers. The main question now is whether Mexicans are willing to buy expensive organic corn from the US. And even if they are willing, can they afford it?

Mexico is a top importer of corn due to high domestic demand for the grain, which is the foundation of both the food chain and Mexican cuisine. It is already clear that domestic producers, who are also banned from using GM seeds, will be unable to satisfy the demand for corn. So, the decree underscores the urgency of sourcing non-GM corn to avoid a social, economic and food crisis. Due to severe cuts in funding for scientific research, development and infrastructure, Mexico may not have the capacity to test all imported grains. This makes organic corn, which is already non-GMO certified, the likely option to accomplish the measures mandated in the decree.

Moving to organic production may look tempting, due to the marketing bubble around the organic industry, and an American producer may see it as a smart move. But while the organic market has a strong presence in wealthy, developed nations, such as European countries and the US, it’s a different story for developing countries. Organic products are always more expensive than their conventional counterparts. Though some Mexican consumers may be able to afford imported GM corn, their numbers are few. The higher cost of organic will be reflected in all products in the Mexican food chain, resulting in a substantial rise in food prices that may prohibit some families from being able to eat three meals a day.

The current Mexican government’s promotion of agroecology and other so-called sustainable practices appeals to strong cultural values already present in Mexican society. But realistically, promoting ancient farming techniques as agroecology, while denying farmers access to innovation in the fields, will not help the country’s development, as the President’s actions have been sold in the press. Instead, the government is ensuring that Mexico will be left behind in the modernization process as measures taken by the current government will last long after it leaves office.

It is not clear in the decree what will happen if American farmers start growing gene-edited corn, since there is not now, and will not be in the near future, a technique capable of identifying this novel varieties in imports. Since the decree does not consider these new products, does that mean that gene-edited corn may be welcome in the Mexican market?

Clearly, if there is a need, someone will find a way to fill it. By continuing the path that it has taken regarding access to GM crops, the Mexican government is paving the way for American farmers who grow non-GM corn to benefit and prosper from the ban. But since the majority of Mexicans cannot afford the luxury of organic products, the government must also consider the hardships that the ban will place on its citizens, as well as the environment and economy. Converting the country to an agroecological-organic production system will require more farmland and resources, which are both in short supply.

The Mexican government needs to listen its people, starting with the farmers who are demanding to have a say in this process. If the government refuses to listen to its farmers, all Mexicans will soon suffer the consequences.