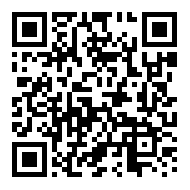 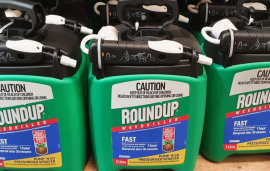 A ban on the controversial herbicides glyphosate and paraquat would cost farmers hundreds of thousands of dollars annually, UWA research has found, as pressure builds for farmers to adopt alternative weed control measures.

Glyphosate, sold as Roundup, has been banned in dozens of countries worldwide and by multiple Australian local governments because of its toxicity to humans.

Many Australian farmers use glyphosate alongside paraquat, a more toxic herbicide, to kill weeds prior to sowing their crops.

This prompted research by the University of Western Australia's Alison Walsh and Professor Ross Kingwell, chief economist at the Australian Export Grains Innovation Centre, to model the outcomes for farmers in WA's Wheatbelt region if the herbicides were banned.

"The losses [for a 3,750 hectare Wheatbelt farm] could be up to hundreds of thousands in profit," Ms Walsh said.

These losses would be greatest if the herbicides were banned in Australia but not worldwide, as this would disadvantage Australian farmers without raising international grain prices. Alison Walsh studied the likely consequences of a herbicide ban on farmers' profits for her UWA Masters thesis.(Supplied: Perth NRM)

"The herbicide options completely change without glyphosate and paraquat."

"Costs increase significantly. I think it was $20,000 for an average farm [using alternative herbicides] with slightly less efficacy."

In 2020, Bayer paid out US$10.9 billion in settlements over a lawsuit alleging glyphosate causes cancer.

As the number of countries banning glyphosate has grown, pressure has mounted to do the same in Australia, or at least reduce farmers' reliance on it, in order to protect health and maintain access to international markets.

"We have got to start looking for a plan B," WA agriculture minister Alannah MacTiernan said in 2019.

'Couldn't possibly farm without it'

Glyphosate is an essential tool on Lindsay and Grant Tuckwell's WA farm.

"We'd have to walk away from cropping without glyphosate," Lindsay Tuckwell said.

Even having suffered daily nosebleeds for 10 years after exposure to a paraquat-based herbicide, Grant Tuckwell doesn't think either chemical should be banned.

WA grain farmers "rely on herbicides to do the heavy lifting in terms of weed control and glyphosate is the number one go-to herbicide for them", Professor Beckie said.

"[Were it banned] there really isn't any other herbicide that could come close to filling its shoes."

WA farmer Nick Kelly has a way of managing weeds without herbicide — he crowds them out of his fields by planting perennial summer pastures.

His transition away from herbicides took a number of years but he claims his farm is profitable and believes other Wheatbelt farmers can do the same. "In three to five years you can have a turnaround," he said.

"If you have animals it's easier — if a crop isn't going well you can use it as [livestock] feed."

"Pastures have always been considered by weed scientists like myself to be a good option [but] in my experience you need to combine a number of tools, including herbicides, to get a sustainable weed management program."

Whether Australian farmers will have to test these alternative tools, and the economic consequences if they do, remains to be seen.