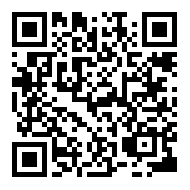 Glyphosate is the best-selling crop protection product in the world, with its popularity in Brazil being no exception. It is used mainly on the agricultural crops, soy, corn, wheat, cotton and coffee. The herbicide tops the list of the most commercialized agrochemicals in the country, according to a survey by the G1 agency released by the Brazilian Association of Post-Patent Defensives (AENDA).

The herbicide, 2,4-D, is also the second best-selling crop protection product in Brazil. Its mode of action is different from glyphosate, controlling only one a group of weeds. According to specialists, it is one of the best sellers as it helps manage the resistance that many weeds have developed against glyphosate.

The fungicide, mancozeb, is the third most sold in Brazil, being also the oldest and originating in the 1940s. It is again being widely used for controlling a major soy diseases, Asian rust, normally mixed with more modern products to ensure the effectiveness of newer products that were losing their effectiveness against the disease.

The insecticide, acephate, is the fourth best-selling product in Brazil, becoming popular due to its overall effectiveness in controlling many species of insects. It is widely used in Brazil to control the stink bug, a sucking insect that greatly reduces the productivity of grain crops, especially soy, as well as cotton boll weevil, one of the main cotton pests.

The herbicide, atrazine, is the fifth most sold in Brazil, being very commonly used in corn production and, like 2,4-D, controls a group of weeds. It is also cheaper and, with glyphosate's loss of efficiency, has become more sought after.

In sixth position is paraquat dichloride, which is in the same category as glyphosate. However, its days are numbered in the country because the National Health Surveillance Agency (Anvisa) decided to ban it, leading to its stocks being withdrawn.

The insecticide, imidacloprid, is the seventh most sold in Brazil, being more recent than Acephate. It is part of the chemical group, neonecotinoids, which is derived from nicotine derivatives and is associated by some with the disappearance of bees.

Copper-based compounds used as fungicides are in eight position in the sales ranking in Brazil, especially oxychloride and sulfate, which are widely used in organic farming, because the doses needed are very minimal and, if used in this activity, they evaporate quickly and leave no residue. Another reason is the fact that there is still no biological product capable of performing this function.

Of the 10 most sold pesticides in Brazil, two were disregarded from the survey, which are mineral and vegetable oils, ranking fifth and seventh, respectively, because they are used to improve the adherence of pesticides (adjuvant) and are not true pesticides. In their place came the multipurpose sulfur in eleventh and the herbicide, diuron, in twelfth.