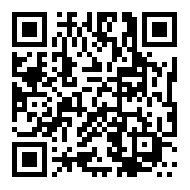 "Zack is an exceptional leader with broad experience across several areas of FMC," said Mark Douglas, FMC president and CEO.  "He brings strong knowledge of the company's growth strategy and operating structure.  I know he will serve as a valuable resource to our investor community."

Zaki joined FMC in 2013 as director of Strategy and Corporate Development, leading several major strategy and M&A efforts.  He was named business director, Global Specialty Solutions in 2017, where he has led the company's high-growth non-crop business that serves diversified markets including structural pest control, lawn care, vegetation management and vector control.  Earlier in his career, Zaki was a strategy consultant with Booz & Company and worked as an automation engineer for Honeywell.  He earned his Bachelor of Science in chemical engineering from Mumbai University and his MBA from Duke University.  Zaki will report to Douglas.

He assumes leadership of Investor Relations from Michael Wherley, who is leaving FMC in early August.  "We thank Michael for his more than four years serving as IR director during a period of significant change and growth at FMC.  We wish him well in his next career endeavor," Douglas said.