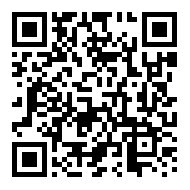 The industrial value of the carbohydrate chain is not just limited to contributing to biomedicine and human health but is also of great significance to plant health, especially in the carbohydrate chain and plant immunology studies. AgroPages has had an interview with Zhao Yong, Ph.D. of Institute of Process Research, Chinese Academy of Sciences, General Manager at Zhongke Runyao, to understand his Chitosan Oligosaccharide research and application practices over the last 20 years.

Could you explain to us the difference between Chitin, Chitosan and Chitosan Oligosaccharide as well as their respective applications in agriculture, especially the application of the last-named?

Chitin and Chitosan are polysaccharides, which come mainly from shrimp and crab shells, insect shells and fungal cell walls, representing one of the most abundant biomasses in the natural world. Chitin is not easily soluble in water or conventional organic solvents. It is deacetylated at high temperatures, resulting in a Chitosan which is not easily soluble in water but can dissolve in weak acid. Chitosan Oligosaccharide, via acid hydrolysis or enzymatic hydrolysis, can result in one of lower molecular weight which is easily soluble in water. Therefore, it is the most widely used product in agriculture. As a plant immune inducer or biostimulant, Chitosan Oligosaccharide has been used in China for more than 20 years.

Chitosan Oligosaccharide is not a plant nutrient, but it can indirectly increase a plant’s absorption of nutrients by improving its roots, thus indirectly improving its nutrition. Chitosan Oligosaccharide is not a conventional targeting pesticide, but it activates the pattern triggered immunity (PTI) of plants, improves the response-ability of plants against biological stress (diseases and pests) and abiotic stress (low temperature, drought, saline-alkali), enhances the disease resistance and stress resistance of plants and regulates the use of chemical pesticides. When being used with chemical pesticides, it creates a synergistic effect.

After years of exploration and practising, Chitosan Oligosaccharide is positioned firstly for use of prevention and control of plant viruses, followed by mixing with fosthiazate and avermectins for control of nematodes. In my opinion, going forward, in China, it will still be used for synergistic purposes in mixed-use with chemical pesticides, where it will be used to improve quality and efficiency.

Zhongke Runyao made Chitosan Oligosaccharide via Chitosanase. Compared with traditional acid degradation and oxidative degradation, what are the advantages and technical difficulties of this method? Figure 1: Structure of Chitosan Oligosaccharide with different degrees of polymerization

The Chitosan Oligosaccharide of Zhongke Runyao has been evolving innovatively for more than 20 years and has gone through many technological iterations. In the process of innovation, four factors have been considered in making high-quality and high-activity Chitosan Oligosaccharides: raw material, tool enzyme, technical process and structure-oriented mechanism.

Please share with us a detailed application and effect of chitosan oligosaccharide.

Induced antiviral treatment is the first market position given to Chitosan Oligosaccharide. With a 50μg/mL application of Chitosan oligosaccharide, a crop’s disease index rate drops to 85.45%. Similar test results were achieved in its application to tobacco, papaya, cucumber and chilli. Chitosan Oligosaccharide’s control effect on fungal diseases ranges between 40% and 85%, which reveals its broad-spectrum effect. When being mixed for use with targeted fungicides, both internal and external effects are achieved, which facilitates the implementation of the strategy of “reduction of use and increase of efficiency.”

Fungicides support mixed-use of pyraclostrobin, ethylicin, tebuconazole and phenamacril. Furthermore, Chitosan Oligosaccharide is found to have a new function, which degrades pesticide residues.

In addition to laboratory tests, the work team of Zhongke Runyao has established long-term exploration-related collaborations with domestic well-known biopesticide companies, fertilizer manufacturers and local government’s plant protection offices. For example, in the potato field application in cooperation with Beijing Multigrass Formulation’s technical executive Zhang Jianbo, the spraying of 3% of Chitosan Oligosaccharide at fivefold solutions resulted in a 75% rate of control of potato black scurf, which is better and more cost-effective than using imported fungicide. Moreover, it shows 70% rate of control of early blight. It is evident in the field that the root system is more developed, while the incidence of stem rot is quite reduced. What is the core competitiveness and product advantage of Zhongke Runyao?

Firstly, any pesticide or fertilizer company needs to develop good, competitive products, while good products do work out well without high-quality raw materials. But not many people can address the issue of ‘why is this raw material good?’ very clearly. Secondly, the quality of raw materials needs to be re-verified on multiple occasions in the course of processing.

Zhongke Runyao has always adopted its “subtraction method”, which is concentrated only on the oligosaccharide raw materials, having dedicatedly practised research for more than 20 years in oligosaccharide research, development and application technology. Comparatively speaking, we have more advantages and experiences in R & D and the creation of better oligosaccharides. Hence, we are in a better position to say why it is good and how to make it good; and we know how to better help users to make the most of it and also help them solve problems to the maximum. I think that is our core competitiveness.