ADAMA provides net income estimate for the first half of 2021 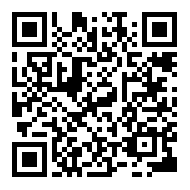 ADAMA Ltd. (the “Company”) (SZSE 000553), has provided an estimate regarding its financial performance for the first half of 2021.

In the second quarter, the Company is expecting to deliver robust growth in Asia Pacific, led by a strong performance in China and the Pacific. In China, the Company is seeing strong growth, both from sales of its branded, formulated portfolio, supported by the acquisition of Huifeng’s domestic commercial arm at the end of 2020, as well as from sales of its raw materials and intermediates, similarly bolstered to some extent by the recent acquisition of Huifeng's manufacturing assets at the end of May 2021. In the rest of APAC, the Company is expecting to record continued growth, with a noteworthy performance to be delivered in Australia, more than offsetting the challenging seasonal conditions in South-East Asia, and the lingering effects of COVID-19 which continues to challenge local farmers throughout the region.

In North America, the Company is expecting to record continued robust growth from its Consumer and Professional business, alongside a solid performance in the crop protection arm, recovering from first-quarter headwinds seen there.

ADAMA is expecting to deliver pleasing growth in Latin America, driven by business growth in Brazil supported by the strong crop prices, and despite ongoing drought conditions which affected the corn planting season in the country, as well as growth seen in other countries across the region.

The Company is expecting to report strong growth in the India, Middle-East & Africa region, led by India, which enjoyed favorable weather with a strong start to the monsoon season, enabling good cropping conditions.

Sales in Europe are expected to grow, aided by a recent region-wide heatwave, causing higher disease and insect pressure in most countries, following a prolonged cold spell. Noteworthy performances are foreseen across eastern Europe, supported by favorable conditions in key crops, as well as in Italy and Greece, bolstered by the Company’s recent acquisition there. These are expected to more than compensate for softer performances in certain countries in the western part of the continent.

Reported Net income in the second quarter is expected to be somewhat higher than reported in the same quarter last year. Despite the exceptionally strong increase in sales, the Company is seeing pressure on gross margins, impacted by higher procurement and production costs, as well as the strengthening of the RMB and the ILS. The higher gross profit is expected to be partially offset by increased operating and financial expenses.

The expected increase in operating expenses will largely reflect the strong volume-driven growth of the business and acquisitions made, alongside a significant increase in global logistics and shipping costs, as well as the weaker US dollar. The expected increase in financial expenses is driven by the effect of the increase in the Israeli CPI on the ILS-denominated, CPI-linked bonds. In contrast, the Company expects to see lower tax expenses due to tax income resulting from the impact of the stronger BRL on the value of non-monetary tax assets.

Over the half-year period, ADAMA is expecting to record marked net income growth when compared to the corresponding period last year, driven by the strong growth in net income recorded in the first quarter and further augmented by the increase in the second quarter net income.

The Company’s reported net income in the second quarter and first half is expected to reflect around $30 million and $59 million, respectively, of net expenses in respect of certain transitory or non-operational and non-cash items, including mainly:

i.        Approximately $21 million in Q2 2021 (Q2 2020: $8 million) and $34 million in the first half (H1 2020: $22 million) in net Relocation & Upgrade-related costs, including mainly (a) higher procurement costs incurred as the Company continued to fulfill demand for its products in order to protect its market position, through replacement sourcing at significantly higher costs from third-party suppliers; and (b) idleness charges largely related to suspensions at the facilities being relocated;

iii.        Approximately $3 million in Q2 2021 (Q2 2020: $2 million) and $6 million in the first half (H1 2020: $4 million), in net charges related mainly to the non-cash amortization of intangible assets created as part of the Purchase Price Allocation (PPA) on acquisitions, with no impact on the ongoing performance of the companies acquired, as well as other M&A-related costs.

Excluding the impact of the abovementioned transitory or non-operational and non-cash items, the Company is expecting to deliver the following Adjusted Net Income:

Note: The H1 2020 Adjusted Net Income shown above has been amended from that presented at the time to include additional adjustments in order to consistently reflect largely the treatment of Relocation & Upgrade Program-related costs amongst other adjustments that the Company has deemed non-operational and one-time in nature.

These estimations are preliminary and have not been audited or reviewed by the Company's auditors. These estimations may change, inter alia, as a result of the further processing and analysis of the financial data that the Company will perform for the preparation of its financial statements which will be released on August 26, 2021.