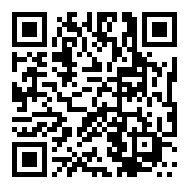 - This new certification adds to that which Pirecris already has registered for Spain for the control of aphids and whiteflies in a wide variety of crops.

Seipasa, the Spanish company specialised in the development and formulation of bioinsecticides, biofungicides and biostimulants for agriculture has obtained the extension of its Pirecris bioinsecticide phytosanitary registration in Spain, by the Ministry of Agriculture, Fisheries and Food.

The new certification applies to the control of Cicadellidae (leafhopper, Scaphoideus titanus and other species of insects), in vines and table grapes. It is in addition to the product's prior phytosanitary registration in Spain for the control of aphids and whiteflies in a wide variety of crops.

For Javier Nácher, Seipasa's Chief Technical Officer, this new extension of the Pirecris bioinsecticide label consolidates Seipasa's commitment to the agriculture of the future: "After many years of hard work we are delighted to have received final authorisation, enabling us to offer Spanish vine growers an innovative, different solution that has been developed over many years in Europe's most demanding vineyards. In Spain and Italy, as well as France and Portugal, we have been able to prove the efficacy, speed and action spectrum of this product".

As Seipasa's Chief Technical Officer explained, Pirecris has already received approval for the extension of its label to include vine growing in other European countries, where it has proved to be "a useful and very powerful tool for controlling Cicadellidae, both in organic and conventional agriculture, enabling Integrated Pest Management programmes to be set up", and he added that "thanks to its quick action and shock effect, Pirecris manages to totally control pest populations, this way avoiding damage to vines".

Pirecris is a bioinsecticide designed with an exclusive formulation thanks to the perfect balance between the PI and PII molecules that form its active substance and provide maximum insecticidal efficacy for crops both in fields and greenhouses.

The micro-molecules in its formulation condense and generate a stable, balanced network throughout the solution. They provide an insecticidal effect that acts by blocking the respiratory system of eggs and larvae and by providing perfect coverage on leaves and insects.

In addition to Spain, Pirecris is also registered in Portugal, France, Italy, Greece, Cyprus, Mexico, and Morocco, among other countries. Click the picture below to download the magazine 2021 Biologicals Special, and find more reports on biofertilizers, biostimulants and biopesticides.