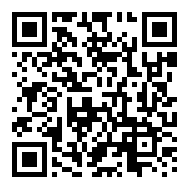 −− Control of codling moth in the southern Queensland apple growing region of Stanthorpe is important for local growers, given how damaging the pest can be 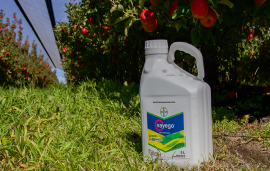 Rodney Rizzato is a third-generation farmer and family member of ‘Moonlight Orchards’, Stanthorpe, consisting of 120 hectares of apples. In Rodney’s experience, if not controlled, codling moth has a devastating impact on crop yields, resulting in 20 to 30 per cent losses, sometimes even higher.

As Branch Manager and Agronomist at Elders Stanthorpe, Andrew Hennoste, explains, the introduction of Vayego and its new active, tetraniliprole, is timely.

“This new chemistry is something we're looking for in the industry as current actives get older. Having something new in the mix makes for a good, sustainable approach moving forward,” he says. After being introduced to Vayego by Andrew Hennoste, the team at Moonlight Orchards have been pleased with the ability of the product to target a range of pests, including light brown apple moth, Fuller’s rose weevil and of course, codling moth. In addition, Vayego fits well into their Integrated Pest Management (IPM) program, producing no adverse effects on key beneficials such as predatory mites, ladybird beetles and lacewings.

“Vayego is good as part of our IPM program, which aims to look after predatory mites and parasitic wasps, which in turn take care of woolly aphid. The product seems soft on those predators,” Rodney says.

“We start part of our IPM program after petal fall, applying Vayego to a maximum of three sprays per season through an air blast sprayer. The sprays are applied according to the pressure, so we monitor the traps, and if there's a need to spray, we do. Part of Andrew’s role as agronomist is to not only provide effective pest control strategies within the context of an IPM program, but to also make the operation as efficient and flexible as possible, which is where Vayego also plays a key role.

Not only is Vayego broad spectrum, but Andrew says it is a good mixing partner, improving efficiencies by demonstrated good compatibility within the spray tank with fungicides that might need to be sprayed at the same time.

“It's all about cost efficiency when spraying, and with Vayego we don't necessarily have to do separate tank mixes, we can put several products in the tank and get the job done.”

“There have been very good results here at Moonlight Orchards. We haven't seen any issues with crop safety with using the product in mixes, and pest control has been second to none, it really has produced very good results.

“We were also attracted to Vayego by its short withholding period,” Rodney recalls. “On some of the earlier varieties, particularly Galas, the shorter withholding period is handy to manage the picking, the harvest and controlling the pests at the right times. “Vayego has performed extremely well. We haven't seen any pest damage in the orchards and I’m not surprised. It’s very easy to use, the application rate is low, which is also good, and I’ve had no problems with mixing. It gives us confidence in Bayer and the product.”

Andrew monitors the farm for timing of the pest activity, with an aim to use Vayego when it’s going to get the best results on the key pests they’re chasing.

“In the case of Vayego, we're targeting the late December - early January period, to pick up not only the codling moth and light brown apple moth, but also the Fuller's rose weevil, which tends to be active around then,” he says.

“We need to have the short withholding period because varieties like Galas are an early variety and we have to be mindful of harvest, which starts late January.”

As an agronomist, Andrew feels a responsibility to ensures new chemistry such as Vayego is looked after and kept at its maximum effectiveness for as long as possible.

“I think Vayego has a great fit, and I hope to get more and more uptake in the district as a whole,” he explains.

“The strategy is always to reduce the number of applications of any new chemistry these days. With Vayego in pome fruit, it’s a maximum of three applications per season, which is part of the resistance management strategy, and we adhere to that.”

Vayego® is a Registered Trademark of the Bayer Group.