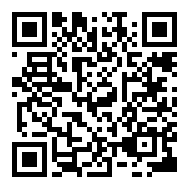 A clash at the top of Mexico's agriculture ministry over the scope of President Andres Manuel Lopez Obrador's push to prohibit genetically-modified corn has cast uncertainty over the farm and food industries in the country that first developed the grain.

If liberally interpreted and successfully implemented, the new rules could ban imports of GMO corn by 2024, ending a dependence that last year stood at some 16 million tonnes of imported yellow corn, almost all of it from American farmers and used to feed Mexico's massive livestock sector.

A more restrictive interpretation of the planned ban could allow GMO corn for animal feed – and save the U.S. exports.

However, there are signs that Villalobos and his moderate allies have not yet won that battle and may be losing.

The planned restrictions were outlined on Dec. 31 in a presidential decree. It was ambiguously worded - the result of behind-scenes wrangling between factions in the agriculture ministry, one headed by the minister and the other by his deputy, according to three sources with knowledge of the matter.

Six months later, amid contradictory comments by the opposing factions, Lopez Obrador has not committed one way of the other, and farmers and food processors remain on tenterhooks.

In the anti-GMO corner, Villalobos' deputy, leftist former congressman Victor Suarez pitches "agroecological" farming and routinely rails against big agribusiness. His faction's influence led to the decree, which shocked industry by ruling GMO corn could not be used "in the diet of Mexicans" after 2024.

Suarez has said animal feed, and therefore large GMO imports, will be prohibited.

In another sign of the influence of his vein of thinking in the administration, sources close to health regulator COFEPRIS said its leadership is aligned with Suarez. The agency has since late 2018 halted all approvals for new GMO corn varieties sought by top seed companies like Germany's Bayer (BAYGn.DE) and U.S.-based Corteva (CTVA.N).

And Villalobos, a market-friendly scientist who has long championed biotech crops, made an unsuccessful attempt to soften the decree before it was published, another senior ministry official said.

The agriculture ministry declined multiple requests to make Villalobos available for an interview. Suarez declined to discuss any differences with Villalobos.

Over a dozen Mexican farm industry leaders consulted by Reuters said they were increasingly concerned that the GMO ban would apply to animal feed despite Villalobos' assurances.

The text of the decree specifies that the agriculture, environment and health ministries as well as a science council Conacyt will interpret it, and officials in charge of the latter three are all believed by several industry leaders to be sympathetic to Suarez's views.

None of the agencies involved responded to requests for comment.

Juan Cortina, president of the National Farm Council (CNA)lobby, said there is no clarity on what they will decide. It is "totally wrong" to assume corn imports for livestock will be exempted, he said.

"The most sensitive aspect of this is whether or not it will apply to animal feed," he added.

Lopez Obrador said this month he may seek out additional corn imports to keep a lid on creeping prices for corn tortillas, the country's main staple, underscoring an overarching sensitivity for the leftist leader.

But the industry is right to be worried: Lopez Obrador has a track record of confounding critics and taking drastic steps in line with his nationalist, big business-skeptic views.

Despite assurances to industry from moderates in his cabinet, he scrapped a $13 billion partially-built airport project and has moved to increase state control of the energy sector.

"The agriculture minister just doesn't agree with the president's instructions," according to the second senior official, who spoke on condition of anonymity to freely discuss the internal discord.

An official close to Villalobos said such policy differences were a normal part of government.

The U.S. Department of Agriculture in a January report took note of Mexican health regulator COFEPRIS' failure to approve new GMO permits – for corn or any other crops – since Lopez Obrador took office nearly three years ago.

Mexico's top farm lobby CNA has pointed to at least eight newly-developed varieties of GMO corn sought by companies that are pending.

Industry sources say big grain buyers in Mexico such as global commodities giant Cargill (CARG.UL) could be forced as soon as next year to find new U.S. suppliers as existing ones begin to plant and harvest the newer corn varieties.

Corn imports will not affected this year by the regulatory freeze on new seed approvals, according to an executive with a top grains trader in Mexico, but he said it remains unclear how the flow could be impacted in subsequent years depending on how officials address what he described as "ambiguities" in the decree's text.

GMO bans have vocal support from activists in Mexico, the birthplace of modern corn. The activists have for years blasted already-detected GMO contamination in fields planted with native strains of the grain.

The possibility of a broad GMO ban, twinned with a more fully-formed policy to prohibit the widely-used weed killer glyphosate, has been lauded by environmental groups such as Greenpeace.

Under Lopez Obrador, more decision making goes through the president, and regulators under his control have broad authority to limit imports.

There is no deadline for Lopez Obrador to take a decision beyond the 2024 end-date for the ban specified in the decree and it is not clear when he will do so.

Until he decides, the future will remain unclear for Mexico's $12 billion livestock sector, which has over years preferred imported U.S. yellow corn due to significant logistical and cost advantages.

Lopez Obrador ultimately opposed the idea on fears it would cause corn prices to soar, according to a source who attended a pivotal meeting with the president.

Industry hopes the same argument will ultimately prevail even as backers like Rodriguez continue to push for bold action to turn the page on agrochemicals and gene-spliced crops in order to embrace a more sustainable farming future.

"There shouldn't be anything that stops it," she said of the decree.