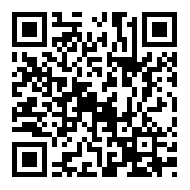 Indian farmers have planted 49.9 million hectares (123 million acres) with summer crops, down 10.43% from a year earlier, according to the Ministry of Agriculture & Farmers' Welfare, as monsoon rains taper off after a strong start last month.

The figures are provisional and subject to revision as the June-September monsoon season progresses.

India, one of the world's top agriculture producers, has received 5% below average rainfall since June 1, when the four-month rainy season began. Monsoon rains were 46% below average in the week to July 7.

The state-run weather office defines average, or normal, rainfall as between 96% and 104% of a 50-year average of 88 cm for the entire season.

Monsoon rains, which turned patchy at the tail-end of June, will pick up later this week, India's top weather official said on Wednesday.

Nearly half of India's farmland has no irrigation and is dependent on monsoon rains that account for 70%-90% of annual rainfall. Farming contributes almost 15% to India's $2.7 trillion economy.