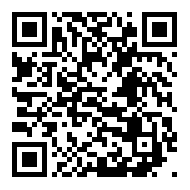 −− Earlier he was Minister of State for Ports, Shipping & Waterways (Independent Charge) and Chemicals & Fertilisers in Government of India 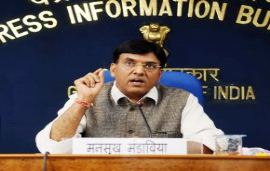 Mansukh Mandaviya has been elevated as Cabinet Minister of Chemicals and Fertilizers and Health and Family Welfare in Government of India thanks to his impactful initiatives taken in Ports, Shipping & Waterways and Chemicals & Fertilizers.

With his decisive and bold leadership, he has helped increase the per day road construction speed, decreasing the cost of Urea and other fertilizers, establishing more than 5,100 Jan Aushadhi stores to provide more than 850 medicines at affordable rates and reducing the cost of heart stents and knee implants. Above this, he has not left any stone unturned to help the common man, farmers and businesses.

At a young age of 38, he was elected as a member of Rajya Sabha from Gujarat. He was also a part of various standing committees in various fields. In 2014, he was appointed as Gujarat State Incharge of BJP’s High-tech & Mega Membership Drive Campaign which led to one crore people joining BJP in Gujarat.

On 5th July 2016, he was sworn in as a Minister of State for Road Transport & Highways, Shipping and Chemical & Fertilizers in Government of India. Serving as a minister, he implemented a lot of plans and thoughts to get the work done quickly and efficiently. He was re-selected for the second term of Member of Parliament, Rajya Sabha during March, 2018.

Mandaviya is well known for his intellectual analysis and thought leadership, which he also exhibited in his speech on “2030 Agenda for Sustainable Development” at the United Nations. He has travelled to many countries to explore their policies and management to help India grow at the fastest pace.

He has played a vital role in the growth and development of New India with his hard work, organizational skills, and intellect.

In another development, Bhagwanth Khuba has been appointed as Minister of State in the Ministry of New and Renewable Energy and Chemicals and Fertilizers.