Finding Harmony within the Chemistry-Biology Dichotomy 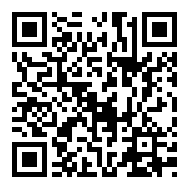 Ag biologicals have garnered well deserved research, financial, and public attention in recent years. The expanding global population requires an increased food supply, produced on limited arable land at the lowest possible expense to the environment. A number of successful natural products have made strides onto wide-spread commercial acreage, thanks in part to support from traditional industry giants who have incorporated these new products into their own conventional treatment packages. BioConsortia, and many others in the biologics space, recognize the need to work with the chemical industry to develop compatible, synergistic solutions. This is not about replacing chemistry, rather making chemistry and biology work together to provide superior solutions for growers and consumers.

The agrochemical industry is on track to breach a valuation of $250 billion by 2020. Despite a decline in global usage of over 8% last year, the agchem market remains the most vital input into agriculture. Continued growth is being driven in large part by developing areas, more recently incorporating technologies into their farm practices. Acquisitions and mergers between the top six players that dominate the space make for an uncertain future for the industry landscape. The $130 billion Dow-DuPont merger is close to close, although recently delayed by DuPont’s announcement that it will sell part of its crop protection business to FMC in hopes of appeasing the European Commission’s concerns around the size of the union with Dow. The Syngenta-ChemChina deal is also awaiting regulatory approval and the potential Monsanto-Bayer team received positive indications from President Trump about their own consolidation.

There is reported concern from certain growers around impending price increases and fewer options as a result of these mega-mergers. While the companies are promising bigger research spends and enhanced innovation, farmers fear reduced competition and profit-hungry deal-making. From another perspective, consumers have their own apprehensions toward the industry and have led the focus-shift toward sustainability and environmental consciousness that has been transforming agriculture for many years. Spurred by the Bayer CropScience acquisition of biopesticide company AgraQuest in 2008, the big-six have now each made moves to support the incorporation of natural, sustainable products into commercial, mostly synthetic chemical, agricultural practice, either through their own research spend or by procuring smaller biological companies.

A more direct impediment to the traditional chemical industry comes from resistance issues, which have plagued both growers and suppliers for decades. Pests that have grown resistant to conventional pesticides have historically been combated with higher pesticide rates, alternative chemistries, and genetic modification. More recently however, regulations are increasing and development timeframes limit the speed of new chemical products to market. Resistance should ideally be managed before becoming an issue, through need-based pesticide application, chemistry rotation, and non-chemical alternatives. At the beginning of the year the EPA released an update of neonicitinoid use in the U.S.. It estimated that 45-65% of U.S. corn is treated with clothianidin annually and 26-45% is treated with thiamethoxan. Already the tens of thousands of U.S. acreage treated with neonics was under scrutiny due to declines in the bee population but such high rates of wide-spread pesticide application could also be contributing to new pest-resistance.

Over the years, the EPA has tried to respond to and guide these industry shifts by tightening regulations when necessary and creating space for innovative developments. Methyl bromide has been phased out and neonics are under current risk assessment. Non-chemical and non-GM alternatives benefit from less regulatory restriction and faster speed-to-market. Effective natural solutions, especially the microbial products, provide quick and crucial solutions to some of these resistance issues. Thereby, actually giving longer life on market and better efficacy to some of these threatened chemistries.

The biologicals market has been increasingly growing for a number of years now. Estimated at over a $3 billion value in 2016, projections claim that by 2022 the biopesticide market will have reached $8.8 billion. Biostimulants are also growing in acceptance, with a CAGR of over 10% through the same timeframe. Within the agricultural bioscience investment arena, biologics are prioritized over new chemicals, genetics, and seeds. Inside the industry itself, almost all major ag companies have a hand in the biologics game.

The major acquisitions and partnerships for biological companies of the past decade include Bayer-AgraQuest, Monsanto-Novozymes, BASF-Becker Underwood, DuPont-Taxon, Syngenta-Pasteuria, FMC-Chr Hansen, and Koch-Mendel-Pathway. These alliances alone make for over $2 billion worth of direct investment into biological research programs, which were once considered largely “snake-oil” by the industry giants. That said, the biocontrol market has persisted for many decades with certain technologies, such as Bt, coming to the top as commercial successes. Current successful SME players include AgBiome, Koppert, Marrone Bioinnovations, and hundreds more. The biostimulant space (with solutions that range from plant growth promotion to improved fertilizer use efficiency  to abiotic stress tolerance) is less saturated, although growing in size, and is made up of companies such as Agrinos, BioConsortia, Indigo, Verdesian, and Valagro. It should be noted that many of these companies work in both areas.

Technological advancement is one contributor to the growing success of biologicals, enhancing both the breadth and scope of research programs through lowered cost and superior methodologies. Techniques like microbiome analysis have become common place in many research programs, as genome sequencing costs dropped dramatically and the resolution of results became clearer. Big data and machine learning have become buzzwords throughout many industries but specifically within the biological space, companies like BioConsortia using microbiome data to help identify teams of microbes in superior performing plants or Trace Genomics who are able to precisely diagnose mutations and discover organisms based on genetic data that supports the development of yield-relevant solutions. Much of the technical progress can be attributed to industrial and pharmaceutical biotechnology – companies like DSM, Novozymes, and Chr Hansen were all focused in those areas originally. Some of these transferable advancements include characterization of microbial and natural product chemistry libraries, efficient metabolite screening, and physical assets for scaling-up and producing large volumes of fermentation-based solutions.

CRISPR-Cas9, a “new” gene-editing tool has recently stepped into the agricultural limelight. CRISPR allows for gene activation, as well as natural gene addition/deletion, through precise mutation of existing DNA. This year, Monsanto announced their license of the CRISPR-Cpf1 system, which offers even more flexibility to use the methodology across different crops and genes. The editing tool has already been incorporated into agricultural research. Although not technically a product of CRISPR, Cibus has released a non-transgenic, altered canola hybrid that is being sold to growers. SU Canola, as it is marketed, was developed by their Rapid Trait Development System and is bred for herbicide tolerance. The GM debate continues and European growers remain barred from planting GM crops. As we have seen within the chemicals industry, biologicals and other natural solutions work as effective alternatives in these disputes.

The biologics industry still faces many challenges that inhibit actual competition with the well-established and dominant ag-chemical world. Firstly, many biological products have different modes of action than their synthetic synonyms. For instance, pest control with a chemical oftentimes result in direct mortality of the bug. A microbial seed treatment for the same solution, on the other hand, may have no effect on the pest but could induce a response in the plant that allows it to protect itself against the attack. The industry needs to educate growers and reset their expectations or markers of success to help acceptance of biologics. Serious interest from the big players has placated some of this apprehension. More field data and additional effective products on the market will continue the task. Another challenge for natural solutions is consistency when compared to chemistries. Historically, microbial solutions have been considered efficacious if they show yield effects 50% of the time. This is improving, of course, and will continue to do so with advancements in R&D tools that allow researchers to better understand the mechanisms of biological effects. Additionally, continued investment into discovery and development will lead to high-quality, innovative new products. Certain organisms, while effective at improving plant stress resistance and yield, have a hard time surviving in volatile conditions. Formulation developments specific to microbial treatments will ensure that biological products are delivered to the seed or plant in an optimized form.

The best strategy for biologicals is to work side-by-side with synthetic solutions. A natural treatment that can provide growth benefits under a reduced chemical fertilizer program or a biological that brings benefit on top of a GM trait are both viable routes to market and potentially more acceptable from a growers perspective. On a practical level, a biological treatment is not likely to be applied commercially to a bare seed. Chemical seed treatments are so widely used that compatibility with harsh treatments should be considered at the initiation of biological research programs. BioConsortia uses chemically treated seed throughout the discovery process in order to select for microbes that can survive in these conditions. Poncho/VOTiVO combines natural and chemical solutions and the BioAg Alliance’s new Acceleron B-300 SAT does the same. Biologicals have great potential to improve crop survival, growth, and yield while limiting negative impacts on the environment. By working within the current system and together with current solutions, biologicals will deliver the most success to the industry.

BioConsortia, Inc. is developing effective microbial solutions that enhance plant phenotypes and increase crop yields. We are pioneering the use of directed selection in identifying teams of microbes - working like plant breeders and selecting plants based on targeted characteristics, then isolating the associated microbial community. Our proprietary Advanced Microbial Selection® (AMS) process enriches the crop microbiome, allowing us to identify organisms that influence the expression of beneficial traits in plants. We are currently focused on products for fertilizer use efficiency, growth improvement and both abiotic tolerance and biotic resistance, as commercial seed treatments, liquid in-furrow products and granule products for a range of crops.

Click the picture below to download the magazine 2021 Biologicals Special, and find more reports on biofertilizers, biostimulants and biopesticides.