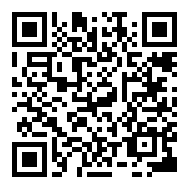 FMC filed the lawsuit against Natco at the Delhi High Court in October 2019 for potential patent infringement of certain Indian patents covering chlorantraniliprole. FMC sells chlorantraniliprole in India under the trade name Rynaxapyr® active, which is the primary ingredient in Coragen® and Ferterra® insecticides.

Coragen® and Ferterra® insecticides are approved for controlling pests on rice, sugarcane, vegetables, maize as well as other important crops. These insecticides and their patented active ingredients are well known by farmers and recognized for their favorable safety and environmental profile, which has earned them a green label from India's regulatory body.

"FMC Corporation invests heavily in research and development to bring new innovations to farmers throughout India and around the world. We are deeply committed to ensuring farmers use genuine crop protection products from legitimate sources," said Michael Reilly, executive vice president, general counsel and secretary of FMC. "We will pursue all appropriate measures as permitted under Indian laws to aggressively defend FMC's intellectual property and safeguard farmers' interests."

For more than three decades, FMC has provided India proprietary insect, disease and weed control technologies to ensure that India's farmers have access to world-class product technologies, in support of the country's aspiration to be the world's leading agricultural producer. The company employs more than 600 people in India and operates six facilities throughout the country including an Innovation Center in Hyderabad.