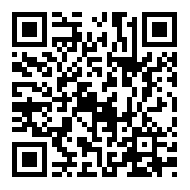 The Ñuble Regional Council (CORE) unanimously approved a program aimed at controlling the presence of the pest, Drosophila suzukii, in the central region of Chile.

The two-year project will receive an investment of 360 million Chilean pesos (US$493,000) to combat the fly, which causes serious damage to fruit production in the South American country.

The project was organized by the Chilean Agricultural and Livestock Service (SAG), which monitors surveillance and control activities covering the Spotted-winged Fly. Fruit producers will also be trained on how they can prevent and eliminate the plague.

“Agriculture, livestock and forestry constitute an important pillar of the development of our region, so it is essential for all actors from both the public and private sectors to join forces to combat a pest as invasive as Drosophila suzukii, as well as to maintain the growth of fruit production and exports from Ñuble,” stated the local mayor, Cristóbal Jardúa.

“Last season, the SAG received numerous complaints about the massive presence of the crushed wing fly in cherry, raspberry and other berry crops from small and medium-sized farmers in the Ñuble region. For this reason, we presented this project to the regional government to reduce the economic and productive repercussions of this pest on our region, as it affects the quality of fruits and the productivity of orchards,” said Eduardo Jeria (Regional Director of SAG de Ñuble).

Although the pest has been present in the Ñuble region since 2019, the temperatures registered last summer contributed to the proliferation of the Spotted-winged Fly in productive and home orchards, especially those of small producers, mainly affecting raspberries and cherry trees.

“We are grateful for the permanent commitment shown by regional councilors and the Ñuble Municipality to agriculture, especially to the smallest farmers and producers in our region. This is the first phase of an overall action plan that we drafted in accordance with the various services of the Ministry of Agriculture focusing on the integrated control of this pest, so farmers, who are the ones making decisions on their properties, can coexist with this plague in the correct way and obtain the highest rates of production of their respective crops,” stressed Juan Carlos Molina from the Seremi of Agriculture.

The project will enable the timely detection and control of Drosophila suzukii on farms, supported by a program that will monitor the pest and support the efforts to eliminate them. Knowledge and training sessions will also be held to avoid a decrease in marketable production and losses due to damage caused by the Spotted-winged Fly.