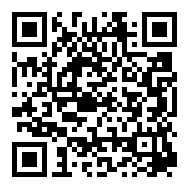 Limin Chemical announced on June 24, that a new project launched by its subsidiary Hebei Veyong had been filed with government administration, under the title of an “annual 5,000-ton glufosinate construction project.”

The company stated that Veyong has decided to invest in the new glufosinate project taking into account the development strategy of the company and the market demand analysis.

It was also being launched to further consolidate the product advantage and strengthen the core competency of the company as well as to enlarge the existing superior product varieties.