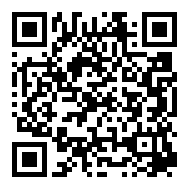 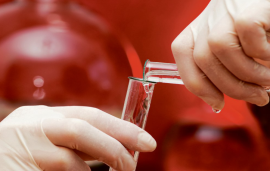 Innovation in Canada is drowning in needless regulatory burden.

While Canada ranks in the top 20 nations for innovation investment, the Global Competitiveness Index ranks Canada 53rd for burden of government regulation. This positions Canada as the worst-ranked of the G20 nations.

Costs of needless regulatory burden include higher product prices, loss of investments and loss of expert scientists and students.

The European Union provides an excellent example of the costs of needless regulatory burden. In 1995, the EU accounted for 33 percent of global agriculture research-and-development investments, shrinking to eight percent in 2014 — an annual loss of US$1 billion. An equally devastating loss is the vast number of European graduate students at foreign universities.

In 2018, I led a survey of Canada’s public and private plant breeders on regulatory barriers to their research. Of about 450 plant breeders in Canada, 22 percent responded to our survey. An astounding 77 percent of respondents indicated that Canada’s regulatory framework for plants with novel traits (PNT) serves as a barrier to their research, and called for PNT regulations to be updated to reflect current levels of knowledge and advancements in plant breeding technologies.

Additionally, 34 percent of respondents indicated they have ended research programs when they self-determined the resulting variety would be a PNT. This is a hidden cost of regulatory burdens.

Canada’s agricultural innovation sector is not as innovative as it could be due to PNT regulatory barriers. One-fifth of respondents indicated they altered their research to reduce novelty to ensure new crop varieties would not be deemed a PNT. This puts Canadian farmers and consumers at a disadvantage because farmers are unable to access the most innovative technologies and products needed to be globally competitive and consumers pay higher food prices due to the lack of innovation commercialization.

Perhaps the most significant barrier that Canada’s PNT regulations have imposed on the Canadian plant breeding sector is that it prevents virtually all public sector plant breeders from using the most innovative breeding technologies. Genetically modified breeding technologies are unable to be used at Canadian universities due to the high cost of obtaining regulatory approval for the resulting varieties. In Canada, the development of new cereal, pulse, lentil and some oilseed varieties are undertaken entirely within public sector breeding programs, resulting in all of these programs being unable to have access to cutting-edge technologies.

Public breeders are hopeful the latest breeding innovation, genome editing, will not be regulated as a PNT, allowing them to have access to this technology. Additional research undertaken by my team has found that if genome-edited varieties are regulated as equivalent to GM varieties, the cost rises by $14 million and requires an additional nine years of time to be commercialized.

Again, needlessly imposing these costs on public sector plant breeders will prevent them from being able to use genome editing technologies, further reducing competitiveness of Canadian farmers and contributing to higher food prices for consumers.

Health Canada has responded to the calls by plant breeders for improved PNT regulations, proposing much-needed revisions. Regrettably, activist organizations in Canada are calling for additional needless regulations to be placed on genome-editing technologies, which will further reduce Canada’s innovative capacity.

Canada’s regulatory framework is based on scientific evidence, a fact that is acknowledged as a benefit by plant breeders. For Canada to continue to be a global leader in crop research we need to trust the views of plant breeders and scientists, not misinformation spread by politically motivated activist organizations.

Stuart Smyth is with the University of Saskatchewan’s Department of Agricultural and Resource Economics.