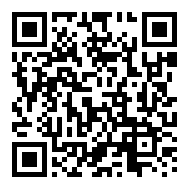 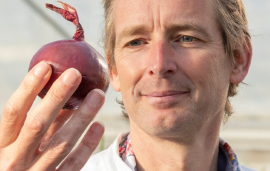 Wageningen research enables faster development of new resilient varieties. Researchers from Wageningen University & Research have unravelled the onion genome. This will speed up the ability of plant breeders to develop new onion varieties that are resistant to conditions such as drought, and meet the world's growing demand for onions. “Assembling the pieces was a considerable puzzle,” says plant breeding researcher Richard Finkers. “Because the onion genome is huge: about sixteen times larger than the tomato genome, and five times larger than that of humans.”

The onion is one of the most widely grown vegetables in the world and is full of vitamins and minerals. It is an important component of people’s diets in many countries. “If onions are to be produced all over the world, we need varieties that are suitable for the various growing conditions,” says Olga Scholten, a plant breeding researcher. “For example, we need onions that are resistant to various fungi, as fungal diseases can damage onions and cause considerable crop losses.” Breeding new varieties will be easier now that the onion genome is available.

The size of the onion genome meant that unravelling it was a significant task. “Assembling the onion genome is comparable to completing a puzzle with 100,000 pieces, of which 95,000 are just bits of blue sky,” says Finkers. “Only 5000 pieces really make the difference. We managed to sequence a large proportion with the help of the latest DNA sequencing technologies because with that technology we managed to assemble the small and large pieces that partially overlap.” “Now that we are publishing the onion genome, other researchers and plant breeders will be able to take advantage of the opportunities presented by the genome sequence,” says Finkers. “This will expand the knowledge base and allow the screening of many more varieties or wild species for the presence of particular genes or to combine them. This could be included in a cross-breeding programme in which useful characteristics from other onion varieties or from related wild species will be combined.”

Plant breeders expect that access to the onion genome sequence will double the speed of their breeding work, in the future bringing it down to about six or seven years. “In other crops, such as potatoes and rice, the role that certain genes play in providing resistance to disease or tolerance to drought has already been thoroughly studied. Based on the sequence information from genes in those crops, plant breeders can now more easily identify similar genes in the onion genome and more accurately make progress in their own breeding work.”