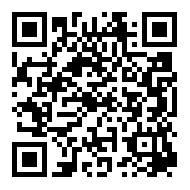 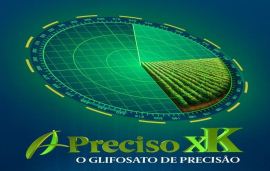 Albaugh Brazil announced exclusively to AgroPages, the launch of the herbicide of the brand Preciso xK.

Now on sale, the new product is described as “a highly concentrated glyphosate, added with potassium salt and endowed with an exclusive formulation.”

These characteristics result in the quickest and most effective action of the herbicide. Preciso xK becomes part of the company's portfolio for soy, corn, cotton, coffee, citrus and sugarcane crops, according to Albaugh.

“We deliver an innovative concept, with different characteristics, and as a high-quality alternative. In the tests and studies carried out, we noticed that Preciso xK instills confidence in the farmer. It is the most concentrated, and most robust herbicide on the market and, at the same time, it brings convenience and more security in the application, as it has less ‘drift potential,’” emphasized José Geraldo Martins dos Santos, marketing and product development director.

According to him, the innovativeness of the new herbicide makes it compatible with agrochemicals and biotechnologies currently used in the country, in addition to other technologies of the kind, which are still being developed.

“Preciso xK effectively controls a list of what the Brazilian producer believes are economically relevant weeds. The differential of the herbicide is a unique formulation, developed especially for Brazil, by Albaugh, with the highest concentration of potassium and a highly favorable cost-benefit ratio for the producer,” Martins dos Santos pointed out.

He also highlighted the fact that in just over four years of operations in Brazil, Albaugh already has a robust portfolio of high-quality post-patent technologies. He adds that the company has invested significantly in the country. Recently, it allocated resources to the expansion of its industrial unit in Resende (RJ). It also built, within the same complex, a new plant to produce herbicides and state-of-the-art laboratories, aimed at developing products and new cutting-edge formulations, such as the one that characterizes the new Preciso xK.

In line with global trends to reduce the use of plastics in the industry, Albaugh Brazil will also make the Preciso xK herbicide available in IBC (Intermediate Bulk Container) packaging. According to the company, this innovation adds safety and operational benefits to the producer and the distributor. IBCs are recognized for their storage capacity for chemical materials and for facilitating stacking and transport, for example. They are also returnable and environmentally friendly to the field.