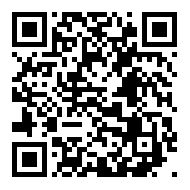 According to the fungicide’s manufacturer, Sipcam Nichino Brasil, these diseases are more common in the reproductive stage of “placing” corn.

The Italian-Japanese company said that the production potential in terms of grains per row in ears and the size of ears to be harvested are currently defined. “The earlier the incidence of diseases, the greater the potential for crop damage,” said agronomist José de Freitas, who is responsible for the area and product development at Sipcam Nichino.

According to the company, the product, Domark Excell, features a composition based on two state-of-the-art active ingredients, tetraconazole and azoxystrobin, which are still less exposed to the resistance of fungi to systemic fungicides.

“Selective to corn, this fungicide is quickly absorbed by the plant, resists rains, has a long residual effect and allows both preventive and initial curative applications. It has proved to be highly effective against the three diseases,” Freitas added.

According to Freitas, if not controlled, brown eye spot causes severe damage to crops, mainly due to the loss of leaves, as well as a reduction in the number of grains per ear and overall mass, therefore, productivity is lost. Polysora rust, on the other hand, is among the most harmful foliar diseases to the crop, causing potential economic damage of around 70% of production, he further added.

“Since it has been little exposed to the phenomenon of fungi resistance to active ingredients, Domark Excell is also highly recommended to producers for managing resistance, a practice that includes alternating the application of fungicides with different modes of action throughout the harvest. The use of Domark Excell in this type if management has proven to be competitive and effective, ensuring the productivity and profitability desired by corn producers,” Freitas noted.

According to Freitas, the company's recommendation for controlling cercospora, turcicum and polysora rust diseases in corn is to carry out the first application of the fungicide preventively during the vegetative phase near V8, in addition to a second application near the tasseling culture or even before the onset of the first symptoms.