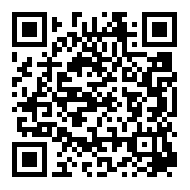 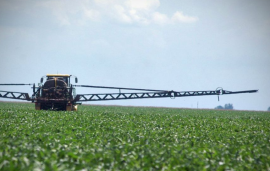 The high prices of grains in the international market have caused a gradual increase in the input baskets used in their production. In addition, international production and logistical complications have leveraged these movements.

The first products to follow the rise in grain prices were fertilizers. In August 2020, the upward trend in grains began in Chicago, initially in line with local prices.

Thereafter, the input market, although with some delay, followed this increase to maintain the ability to pay for products. Thus, the international fertilizer market showed similar behavior to the grain market, with an almost constant rise in prices since September 2020, coinciding with relevant increases.

Currently, the prices of inputs have reached and even exceeded, in certain areas, the rises experienced in grains. The rises in international markets were gradually transferred to the local market and significantly reduced the previous advantageous situation related to grains in the first quarter of the year.

The outstanding case over the last 60 days has been the behavior of the price of glyphosate in the international market, which was later transferred to the domestic market. In this sense, three variables have boosted the price of the herbicide, which are an international market with an upward trend due to increasing prices of grains, an increase in logistical costs, and production issues caused by the COVID-19 pandemic. The following graphs highlight the evolving price relationships between soybeans and corn with glyphosate.

Evolution of the price relationship between soybeans and corn with glyphosate

As can be seen from the charts, until April, the rise in prices of grains has more than offset the increase in inputs and kept the ratio below historical averages. However, the strong rise experienced in recent days turned purchasing relationships negative.

The rise in prices of agrochemicals in the local market amounts to between 32% and 40% compared to January 2021, according to the source consulted. It should be noted that over the last 30 days, this increase was 20%.

According to the data published by Indec in April, Argentina imported 16,700 tons of glyphosate and its monoisopropylamine salt, with a cumulative amount above the values attained in previous campaigns. The product’s main country of origin is China, and the average CIF import price increased by 15% since January. The international prices that will become the reference for the replacement of glyphosate in the following months showed an increase of 22% compared to January, and the period of greatest demand from China is beginning. Adding to this situation is a growing logistical cost and local production problems resulting from the pandemic.

In the current context, agricultural companies that have not yet planned for inputs face a difficult decision, whether to take advantage of harvest liquidity to get products with unfavorable price relationships or predict a possible future decline, while depending on the rearrangement of international and local variables.