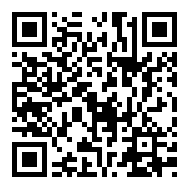 On 11th June, the Chinese Ministry of Agriculture and Rural Affairs held a meeting with seven national administration departments.

During the meeting, the ministry clearly stated that 10 highly toxic pesticides would be phased out stage-by-stage, especially those that are detected with higher levels of residue on vegetables, which will be among the first to be phased out.

It is understood that the 10 pesticides to be phased out include phorate, Isocarbophos, omethoate, carbofuran, methomyl, ethoprophos, isofenphos-methyl, aldicarb, chloropicrin and aluminum phosphide.

It was also noted that the government aims to solve the problem of the illegal use of prohibited or restricted pesticides within around three years, while imposing tight controls on the use of conventional pesticides and veterinary drugs above limits.