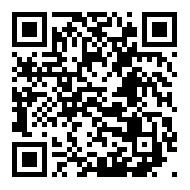 On 14th June, China's Lianhetech announced that its subsidiary, Jiangsu Lianhetech, plans to acquire all assets, liabilities and businesses of Yancheng Lianhetech through a merger.

After completing the merger, Jiangsu Lianhetech will continue to operate the consolidated businesses while Yancheng Lianhetech's legal entity status will be revoked.

It is reported that Lianhetech’s establishment of a plant in Jiangsu was mainly due to the attractiveness of local plant protection policies. The consolidation took place mainly for convenience of management, favoring both local government and the company in terms of sustainable development. After the consolidation, the company will aim to fulfill just one overall obligation, which is to make its business operations more efficient. Currently, the number of enterprises operating within Xiangshui Chemical Industrial Park is low, as many have moved out of the park, creating enough space for the consolidation of the two companies.

According to industry professionals, Lianhetech’s act of consolidation may be relevant to the chemical industry’s regulation measures, which were adopted some time ago in Jiangsu. On 21st March, 2019, an explosion occurred in Xiangshui. After the incident, Jiangsu Province implemented the strictest chemical production policy in its history, which created a list and timeframe for the shutdown of affected manufacturers.

- By the end of 2020, the number of chemical manufacturers in the province will be reduced to 2,000.

- Thereafter, although the regulation can be modified, the criteria and time schedule for closure of chemical manufacturers will remain clear.

In December 2020, Jiangsu Lianhetech and Yancheng Lianhetech became the first factories in the Xiangshui Chemical Industrial Park to resume production. After two rounds of production resumption approvals, 20 production lines of the two subsidiaries resumed their activities. A responsible staff from the company said that, currently, its resumed production capacity generates about 80% of the income of its Jiangsu’s production base, while its other production lines are still under modification or maintenance.