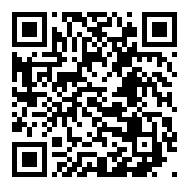 - Pedro Peleato, the company's CEO, dedicates the award to all of the agricultural industry. "I feel it is a way of acknowledging our key role as a driving force in society and in the economy, especially during the most difficult times of the pandemic".

- The award presentation ceremony took place at Granada Conference Centre. Together with their Majesties, the Minister of Science and Innovation, Pedro Duque also took part in the act along with the President of the Government of Andalusia, Juanma Moreno and the rest of the local authorities.

Pedro Peleato, CEO of Seipasa, receives the 2020 National Innovation Award from the King Felipe and Queen Letizia of Spain.

Seipasa, the Spanish company specialised in the development and formulation of bioinsecticides, biofungicides and biostimulants, has received the 2020 National Innovation Award in an official act held at the Conference Centre of Granada.

The ceremony, presided by King Felipe and Queen Letizia, included the participation of the Minister of Science and Innovation, Pedro Duque, who has overall responsibility for the official body that adjudicates this prestigious award each year, and the President of the Government of Andalusia, Juanma Moreno.

The company's CEO, Pedro Peleato, collected this award that recognises Seipasa as Spain's most innovative company in the small and medium enterprise category.  Pedro Peleato dedicated the award to the whole of the agricultural industry and highlighted the key role that it is playing as a driving force in society, at the most difficult times of the Covid-19 pandemic.

"This year the National Innovation Award could have gone to a company in the pharmaceutical or technological sector, but instead it has been awarded to a company in the agricultural industry such as Seipasa. I believe it is a way of highlighting our key role as a driving force in society and in the economy, especially at the hardest times of the pandemic. Ours is a highly innovative industry, a hub for knowledge generation and technological transfer, on a par with the rest of industries and of which we must be proud", Pedro Peleato affirmed.

Seipasa's CEO underlined that this award acknowledges Seipasa's ability to reach out to agriculture with a "different, totally innovative approach and a ground-breaking vision".  "This has been our approach for the past 23 years with our Natural Technology model that gives farmers high value-added solutions based on research and innovation with substances of botanical and microbiological origin".

King Felipe VI defined Seipasa as a "pioneering firm for the necessary changes in an industry as important as the agricultural industry in Spain." And added that "Seipasa is an example of how to combine effective solutions for crop protection with sustainability and business success".

Granted by the Spanish Ministry of Science and Innovation, the jury of this prestigious award acknowledged Seipasa's decided commitment to innovation "in a traditional and strongly regulated sector, by generating a business model based on natural technology to develop effective solutions for agriculture".

The jury's decision also focuses on the company's efforts "to incorporate innovative models of business management, enabling it to optimise the return on its high level of sustained R+D+I investments".

The National Innovation Award acknowledges people and organisations who have made innovation an essential element in the development of their professional strategy and business growth.

In the 2020 edition, awards were also presented to Francisco Marín and Indra Sistemas in the different categories of Innovation and the National Design Awards went to Pepe Gimeno, Luziferlamps and Eva and Marta Yarza. Special mentions were given to Isabel Inés Casanovas and to BBVA.