Croplife explains increase in price of inputs in Brazil 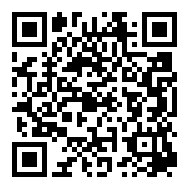 The rise of the US dollar against the Brazilian Real, as well as the increase in international costs of raw materials and transport, are among the causes of the increase in the price of agricultural inputs in Brazil, said Christian Lohbauer, Executive President of CropLife Brasil (CLB) to AgroPages recently.

CLB is an association that brings together the largest companies from different segments that work with research, development and innovation in the areas of germplasm, biotechnology, chemical pesticides and biological products. The objective, according to the organization itself, is “to promote innovation and the integrated management of technologies in the field.”

According to Lohbauer, “The global economic scenario continues to be impacted by the restrictions imposed by the COVID-19 pandemic. Among other aspects, the global health crisis has caused a shortage of basic assets and, consequently, an increase in the costs of raw materials for the production of agricultural inputs such as seeds, fertilizers and pesticides.”

“Prices of raw materials, including packaging (cardboard and resins), were greatly impacted. The same happened with the international logistic cost,” he explained.

He stated that agricultural inputs are impacted by the dynamics of the international market, especially when they involve important suppliers such as China and India. “To give you an idea, the value of sea freight from China to Brazil has practically tripled in recent months due to the lack of ships and containers for transport. And the trend is that these prices will continue to increase in the coming months.”

“Since 2020, this combination of factors has caused a significant increase in the production costs of agricultural inputs in Brazil. However, the industry had not been passing on the increase in costs to commercial products. Proof of this is that the prices of chemical pesticides on the domestic market, for example, rose only 1.4% between the 2019/20 and 2020/21 harvests,” he concluded.

Several Brazilian agrochemical companies sent notices to their customers warning of the increase in the prices of their products. One of them was the FMC, which explained to AgroPages that it sent the letter to “contextualize everyone about the constant increases in the production cost of agricultural inputs and, with transparency and respect, communicate that it will reposition prices.”

“The message had the character of strengthening the partnership and reinforcing that these measures are necessary to maintain the commitment to the demand of farmers in the production and distribution chain, so that we can, together, continue sustainably contributing to agribusiness,” the FMC said.