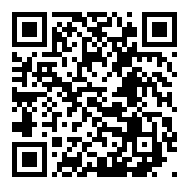 The usually used herbicide in a rice field is, for example, quinclorac, which is a selective special-effect herbicide for the control of barnyard grass in a rice field. If it is applied too early, it may cause phytotoxicity, while high temperatures may also cause phytotoxicity in the seedlings. In addition, with the long service of quinclorac and intentional overuse on some occasions, barnyard grass becomes resistant. The other herbicide, metamifop, can prevent and control a large variety of annual weeds such as crabgrass, barnyard grass, moleplant seed and eleusine indica, but its efficacy may decrease under high temperature. In some regions, growers say that metamifop has little effect on the control of eleusine indica.

Saidan, released by KingAgroot to market in 2021, can effectively control various resistant barnyard grass. Its control is more stable under high temperature than a conventional product, which is more dependable. Saidan contains a new patented compound, Tripyrasulfone, which is a mixture of two compounds of different action mechanism, formulated in perfect proportion, being systemic and with contact toxicity.

To know more about the efficacy of KingAgroot’s Saidan, please see the following video: