EU pesticides regulation: How public support can be rebuilt 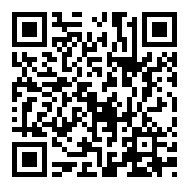 The regulation of pesticides in the EU has become increasingly controversial. But what are the views of EU citizens and how would proposed reforms affect public support for EU pesticides regulation? Jonathan Zeitlin, Maria Weimer, David van der Duin, Theresa Kuhn and Martin Dybdahl Jensen outline findings from a survey experiment conducted in six EU member states.

The authorisation and use of pesticides in the European Union have become increasingly controversial and politically salient issues over the past decade. Glyphosate, the world’s most widely used herbicide and the active ingredient in the brand ‘Roundup’, was classified in 2015 as a ‘probable human carcinogen’ by the International Agency for Research on Cancer (IARC), leading to large numbers of lawsuits and high damage awards to affected users in US courts. In the EU, glyphosate’s reauthorisation by the European Commission in 2017 (for an abbreviated five-year period) was hotly contested, triggering broad public distrust in the adequacy of the current European regulatory framework to ensure a high level of protection for public health and the environment.

The ensuing policy debate on how to reform EU pesticides regulation has identified key challenges and produced important reform proposals. While some reforms have been implemented and others are under discussion, little is known about what the public thinks of these reforms, and whether they could increase public support for both EU pesticides regulation and individual authorisation decisions.

The issue of public support is crucial for several reasons. First, the current glyphosate authorisation expires in 2022 and any future EU decision on reauthorisation would be undermined by the absence of public trust and acceptance of the decision-making process. Second, through its Green Deal the EU seeks a transition towards sustainable agriculture. The European Commission has recently committed to propose measures to reduce ‘the risk and use of pesticides by 50%’ by 2030, as part of its ‘Farm to Fork Strategy’ for sustainable food systems. Public support is crucial for future EU measures in this field. Yet, as surveys (including our own) show, citizens’ concerns about the negative effects of pesticides on human health and the environment have increased over the past decade, while satisfaction with EU and national regulation has declined.

In a recent policy report, we assess whether and how specific reforms to decision-making procedures could impact public support for EU pesticides regulation, including acceptance of authorisation decisions on controversial substances such as glyphosate. To do so, we first identified the main challenges of European pesticides regulation exposed by recent developments, including (but not limited to) the glyphosate controversy, as well as the actual and potential reforms proposed by the EU institutions, civil society organisations, academic commentators, and other stakeholders.

We grouped these challenges and related reform proposals under four dimensions, namely: 1) the organisation of the decision-making process; 2) the factors considered when authorising pesticides; 3) sources of evidence and potential conflicts of interest; and 4) post-market monitoring and review of authorised pesticides. We then conducted a pair of linked online survey experiments on public attitudes toward reform of EU pesticides regulation in June 2020 among a representative sample of the adult population in six Member States (France, Germany, Italy, the Netherlands, Poland, and Sweden, with 9,022 respondents in total).

The purpose of the second experiment was to ascertain whether citizens are prepared to accept authorisation decisions taken under the ‘right’ regulatory procedure, even when such decisions go against their prior expressed preferences on policy outcomes. For that purpose, respondents were asked a number of questions to determine their knowledge of and preferences toward glyphosate. Subsequently, they were asked to review one of the reform packages that they had supported most during the conjoint experiment and to state whether they would be willing to accept a decision (either ban or approval) on glyphosate based on that reform package even if it went against their prior expressed preference.

Figure 1: Impact of proposals on support for a reform package Our results, presented graphically in Figure 1 above, show that citizens have strong views about which reforms to decision-making procedures should be adopted to improve EU pesticides regulation. Foremost among these is the introduction of systematic post-authorisation monitoring and review, with the possibility of removing the pesticide from the market in the case of unexpected negative effects, which increases respondents’ probability of support for a proposed reform package by 22.1 percent.

Introducing such a system of post-authorisation monitoring and review, which forms part of a broader shift in contemporary approaches to regulation under conditions of high uncertainty, would make authorisation decisions less fateful, by allowing them to be reconsidered on the basis of ongoing surveillance of the cumulative effects of pesticide use under real-life conditions, rather than depending on clinical trials conducted under artificial laboratory conditions alone.

The second most strongly supported reform would be the inclusion in authorisation decisions of all relevant scientific studies or only studies conducted by an independent public body, each of which increases citizens’ support for a proposed decision-making procedure by more than 15 percent relative to reliance only on private studies conducted on behalf of the manufacturer. The intensity of support for the inclusion of independent scientific studies in the authorisation process clearly reflects the widespread public distrust of manufacturers’ predominant influence on the sources of evidence used in regulatory risk assessments, which was highlighted by the glyphosate controversy.

A third reform proposal that attracts substantial public support is consideration in pesticide authorisation decisions of effects on small and organic farmers (in addition to those on human health and the environment), which increases the likelihood of support among respondents by 7.7 percent. Consideration of these ‘other legitimate factors’ in authorisation decisions is closely bound up with the broader debate about the EU’s pursuit of a sustainable agri-food system, which includes a reduction in pesticide use and risks by 50 percent over the next decade.

By contrast, our respondents were less concerned about the level at which pesticide authorisation take place. Support is strongest for taking authorisation decisions at a combination of EU and national levels – the status quo – which increases the likelihood of approval of a proposed policy package by 6.1 percent relative to decision making at the national level alone and 6.6 percent relative to the EU level only. Thus at least in this policy field, EU citizens appear to care more about how decisions are taken than about where: about the substance of the regulatory governance process itself rather than the issue of more Europe or less Europe. And even a hypothetical increase in food prices of 3 percent diminishes respondents’ probability of support for a proposed reform package by only 7.7 percent.

The most popular combination of reforms (comprising systematic post-authorisation monitoring and review, inclusion of all relevant scientific studies, consideration of effects on small and organic farmers, and decisions taken jointly at EU and national levels) attracts broad support among respondents to our survey of 72.3 percent (falling to 64.7 percent if it led to an increase of 3 percent in food prices).

But if the EU adopted these proposed regulatory governance reforms, would citizens be more prepared to accept pesticide authorisation decisions even when they run counter to their substantive preferences, for example in cases such as glyphosate? The results of our second experiment clearly demonstrate that the answer is Yes. Respondents’ odds of accepting a hypothetical glyphosate authorisation decision opposed to their prior expressed preferences are 2.33 times higher when it is taken under a decision-making procedure they support, a probability that increases along with the strength of their support for the proposed procedure.

Even for opponents of glyphosate, who are less likely to accept a hypothetical outcome counter to their prior expressed preferences, an authorisation decision taken under a procedure they support reduces the probability of opposition by 40 percent. Our study therefore provides robust evidence that the adoption of proposed reforms preferred by citizens could not only help to rebuild public support for EU pesticides regulation, but also enhance acceptance of controversial authorisation decisions.

The EU reauthorisation process for glyphosate, on which a decision must be taken in 2022, has already begun. This decision will be taken under the same unreformed procedures as the previous controversial 2017 reauthorisation. These procedures, as our survey shows, do not command the confidence of EU citizens. Should the outcome of this process be a renewed approval of glyphosate, there is thus a high risk that its legitimacy will be rejected by a large proportion of the European public.

Note: This article gives the views of the authors, not the position of AgroPages.