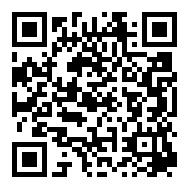 Recently, information from a pesticide industry conference held in Gansu Province shows that the eastern pesticide manufacturers are moving more and more to western China.

According to the data of the National Bureau of Statistics, in 2020 China's pesticide technical production output (converted at 100%) was 2.148 million tons, 1.1% than over the previous year; in 2020, the main business income of 693 major pesticide manufacturers in China was RMB 228.058 billion, an increase of 6.1% over the previous year. The total profit was RMB 19.062 billion, an increase of 0.5% over the previous year. Among the top three provinces in 2020, Jiangsu produced a total of 582,000 tons, Shandong produced 285,000 tons and Sichuan produced 276,000 tons. The new production capacity in Hunan Province, Gansu Province and Ningxia Hui Autonomous Region was brought onstream effectively, with the output being increased by 30.4%, 130.2% and 33.6% respectively over the previous year. This indicates that the transfer of pesticide enterprises to west China is becoming more and more pronounced.

The capital flow of enterprises covers 16 provinces, cities and autonomous regions, which are mainly distributed in west China, including western Inner Mongolia, Ningxia, Gansu, Shaanxi, Sichuan and Chongqing, where 41 enterprises made investments, accounting for 58% of the available statistics. The largest investment took place in Inner Mongolia, by 15 enterprises, followed by six each in Wuhai and Alashan. The second-largest investment went to Ningxia Hui Autonomous Region where nine enterprises made investments; the third was Gansu Province, where seven enterprises invested. The hot product variety of investments include herbicides such as glyphosate and L-glufosinate, insecticides such as acetamiprid and flonicamid, and fungicides such as azoxystrobin and tebuconazole.