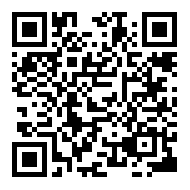 According to Crop Monitor, first observations of yellow rust this season have now been made at sites at Morley in Norfolk, York, Telford in Shropshire and Andover in Hampshire.

Infection is said to be extending from the highly susceptible varieties, including Oakley, Robigus and Solstice, into those more moderately susceptible, such as Viscount, Duxford, Glasgow and Cordiale.

T0 sprays appear to be coping with the disease threat on well-established winter wheat crops, although there are some concerns over disease levels where T0s went on late.

"I’ve got one or two fields that were drilled in late November and they never really got going until recently, and they are struggling with poor plant health and are susceptible to yellow rust,” he says.

Agrovista agronomist Malcolm Perry, based at Halesworth, Suffolk, has seen yellow rust across a range of wheat varieties, albeit in small amounts, even in those traditionally labelled as resistant.

"Anything that got a T0 on time is fine, but where the T0 was late then there’s a good chance it has yellow rust,” says Mr Perry.

Yellow rust has been much later coming into crops than last year, says Bedfordshire-based Bill Barr of Prime Agriculture.

Later-drilled susceptible varieties like Oakley, Robigus and Viscount have fared worse, but where T0 sprays went on in good time, they seem to be holding back the disease, he says.
View More