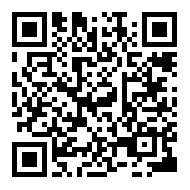 As part of a broad-based initiative to address the plant protection needs of the Eastern Africa nations, a practical training programme on Pest Risk Analysis (PRA) was delivered to experts drawn from the National Plant Protection Organizations (NPPO) of Burundi, Djibouti, Eritrea, Ethiopia, Kenya, Rwanda, Somalia, South Sudan and Uganda.

The training programme, initiated by the Food and Agriculture Organization of the United Nations, Subregional Office for Eastern Africa (FAOSFE) in collaboration with the Centre for Agriculture and Bioscience International (CABI), was focused on early warning, preparedness, and response systems for regional plant pest risk reduction and mitigation. Practical sessions, on the PRA process, the Crop Protection Compendium, which is set to gather pest information and the Horizon Scanning Tool, that assists countries to identify priority pest candidates for regulation, were explored.

“Given that the subregion is prone to multiple crop pests, the PRA training supports countries and institutions to strengthen the capacities of their experts in the anticipation, identification, prevention and controlling methods, before the pests exert significant damage on crops,” said Dr MaryLucy Oronje, Sanitary and Phytosanitary Manager at CABI and Lead PRA Trainer.

Abdi Mohamed Hussein, Director of Plant Protection Department from the Ministry of Agriculture and Irrigation (MOAI) of Somalia noted, “The training was timely and useful for us because it was the first of its kind for Somalia. The knowledge and skills we attained from the training would be instrumental, as we rebuild our institutions following years of civil war.”

CABI’s Deputy Regional Director, Daniel Karanja, on his part underlined the critical role that NPPOs play in mitigating the devastating effects of emerging pests on food security and trade, adding that better cooperation and coordination on sanitary and phytosanitary programmes among countries in the similar geographic and climatic zones, was imperative.

“CABI will continue to work with FAO to support NPPOs in their quest to reduce chances of pest and disease entry and establishment in the subregion. We urge our partner countries to invest in effective surveillance mechanisms, including early detection, monitoring and use of rapid diagnostics tools as the first line of defence to avoid higher costs of eradication and control,” added Mr Karanja.

Orlando Sosa, Agricultural Officer (Crops) at FAO Subregional Office for Eastern Africa, urged participants to make full use of the skills and knowledge they acquire from the PRA training, highlighting the fact that risk analysis remains the best line of defence against new pests.

“New pest introductions are often due to breaches in inspections and quarantine protocols at border points, which often lead to devastating effects on livelihoods. NPPOs have the responsibility and obligation to protect farmers, traders and consumers from pest threats, by ensuring that effective surveillance and response mechanisms are in place,” added Mr Sosa.

As part of the capacity development initiative, FAO and CABI have also delivered over 35 published resources to strengthen sanitary and phytosanitary (SPS) efforts in the nine countries in the subregion. The resources constituted 11 International Standard for Phytosanitary Measures Manuals (ISPM), 13 Diagnostic Protocols (DPs) and 14 CABI-published books covering various SPS-related topics that were sent to the countries in Eastern Africa.

The introduction and spread of transboundary pests have led to devastating consequences across the Eastern Africa subregion. For example, In Kenya, the fall armyworm (Spodoptera frugiperda) causes annual estimated maize production losses of between USD 159 million and USD 177 million. Tuta (Phthorimaea) absoluta is also another transboundary pest, which has been cited as the most critical pest constraining tomato production in Africa, causing a mean seasonal economic loss equivalent to USD 59.3 million and USD 8.7 million in Kenya and Zambia, respectively.

In recent years, the spread of plant pests and diseases has increased dramatically across Africa, particularly in the Eastern Africa subregion. Globalization, trade, and climate change, as well as reduced resilience in production systems due to decades of agricultural intensification, have all played a part.

In recognition of this, FAO and CABI are working together to empower nations to strengthen their capacities in the area of early warning, preparedness, and response systems and plans to manage the spreads of pests and thereby protect crop losses.