Why agro-chemicals is on a strong growth trajectory in India? 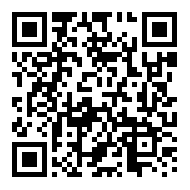 −− The agro-input sector has benefited immensely from a good rabi season and higher procurement by the government. The sector also gained from higher volumes in the international market. The agri-input sector has been on a positive growth trajectory owing to normal monsoon for two consecutive years. Despite challenging times of COVID-19, the government opted for higher procurement at MSP rates. It further helped in propelling demand for agri-inputs.

FY22 is expected to be yet another good year for the sector, with the forecast of a normal monsoon season. It will help the industry to sustain double-digit industry growth. Higher crop prices in the global market are also expected to be a major tailwind in FY22.

Q4FY21: Momentum Sustained Despite Higher Base

Higher procurement by the government led to strong volume growth during the quarter. The volumes remained strong despite the companies taking price hikes in the wake of rising raw material prices.

The momentum in the domestic agrochemical sector is expected to remain robust with forecasts of normal monsoon season and the timely start of the Kharif season.

India's agrochemical sector has also benefited from resurgent crop prices in global markets. It is also visible in the strong operating performance of the companies working in the sector.

UPL, for instance, reported a strong revival across markets of Europe and North America. Its domestic operations remained strong, aided by a good rabi, leading to 23% YoY growth.

PI Industries’ CSM business reported a 47% YoY growth driven by the mix of new and existing products. The company’s order book stands at USD1.5bn. Management remains confident of delivering 15%-plus growth over FY22.

Sharda Cropchem (SCC) also posted a 36% YoY jump in volumetric growth across NAFTA and Europe. The company is expected to gain favourably from the surge in global agri commodity prices.

Rallis India also delivered top-line growth of 36% YoY exports growing by 72% YoY. Pick-up in exports was led by ongoing Capex and new product launches along with new contracts in CRAMS. Domestic business is also on a growth track led by aggressive product launches. The company has also revived its focus on expanding the distribution network.